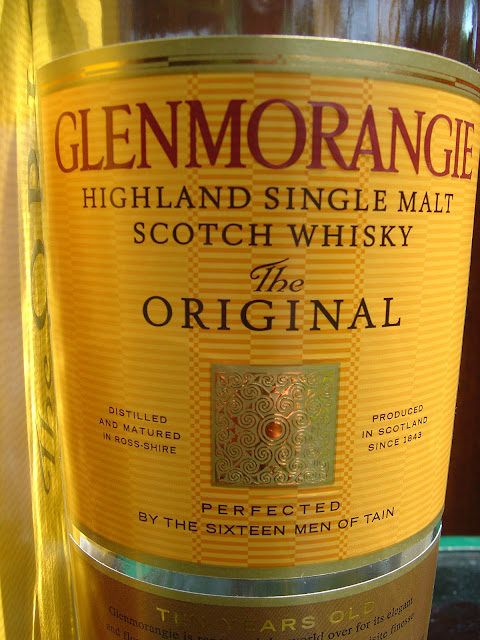 The Glenmorangie Taster Pack caught my eye a few days ago in Total Wine. I've tried at least two of their Single Malt Scotches before, but the price point on some is a bit steep to invest in a full bottle. So I thought this sampler of four varieties was perfect. Four 100 mL bottles, one each of The Original, The LaSanta, The Quinta Ruban and The Nectar D'Or, were presented in a nice box for $30.

Glenmorangie Whiskies, according to the packaging, have been "perfected by the sixteen men of Tain". Tain appears to be the location of the distillery in Ross-Shire, Scotland. I decided to check out The Original first, a Highland Single Malt aged for 10 years in American Oak Casks. Seemed to make the most sense considering the other three take The Original and Extra Mature it for an additional two years in different casks. Imported by Moët Hennessy in New York, NY. 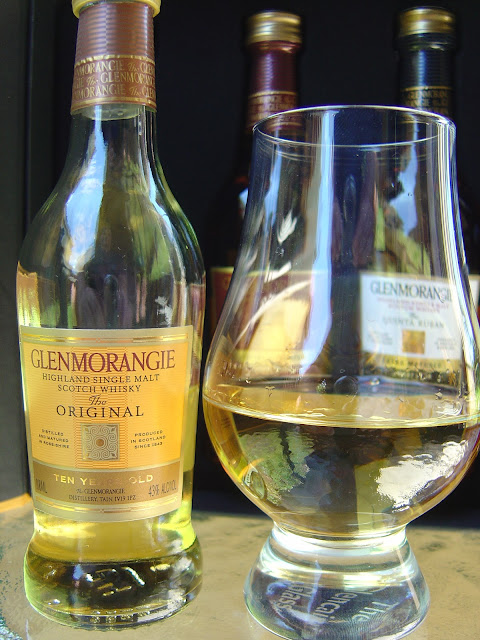 Nicely fruity aroma, a little orange but not so distinct. Oak, vanilla, spiciness and you can also smell the alcohol, though not in a bad way. I spent a while smelling this, pretty fun. Try it yourself and use your imagination.


The flavors are a little different than I imagined, though I'm not sure why. I guess the sweet honey that came at the beginning was more soothing than I was expecting this Scotch to be. Honey was followed by some mellow fruits, for me mostly cantaloupe melons. That was also a welcome and quite pleasant profile that kept repeating itself. Hints of oak and vanilla come before a nice orange finish. Good warmth from the 43% alcohol, even a light peppery burn. Flavorful, nice contrasts, and I can't wait to try the other three!

This very well might be the Spirit that will make you switch! 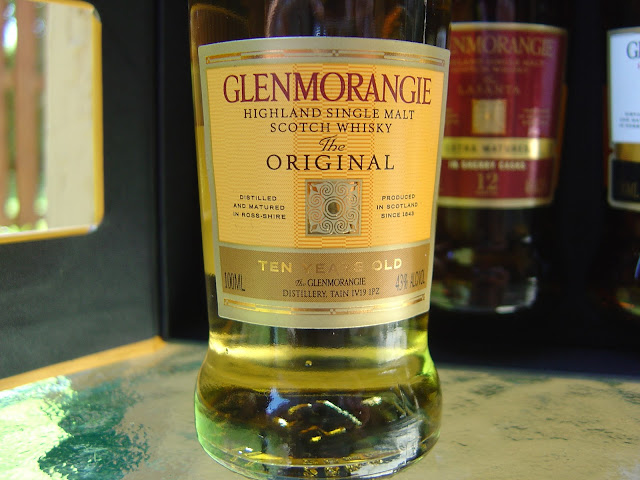 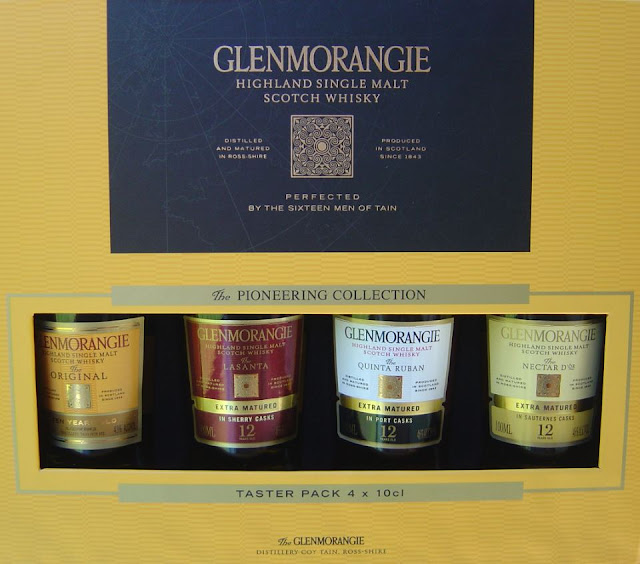 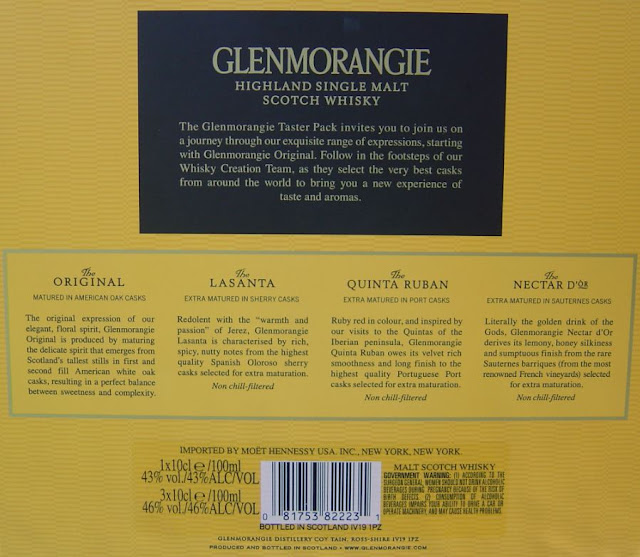 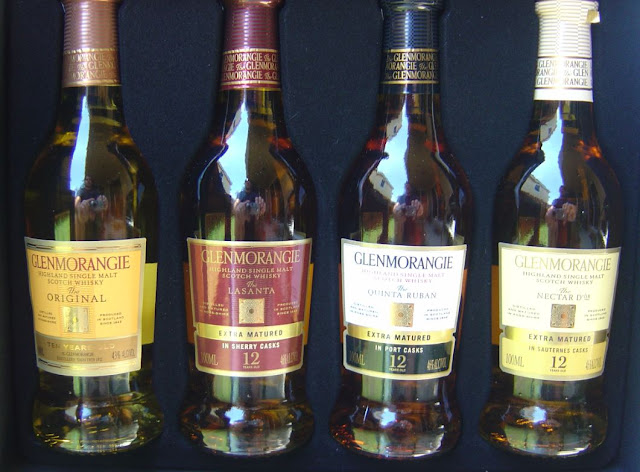 Posted by Distilled Reflections at 3:54 PM