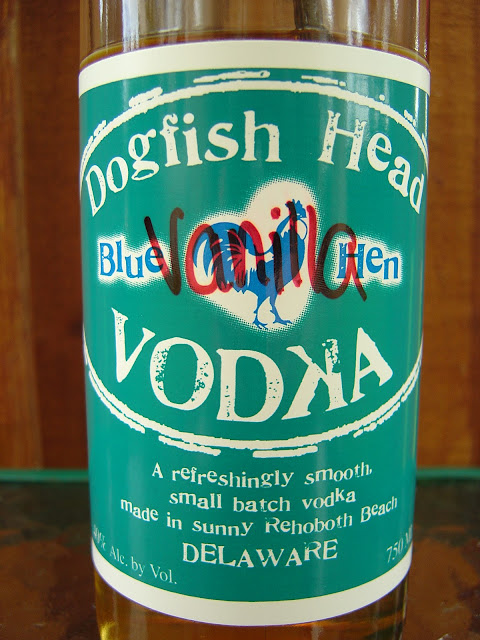 Perhaps some of you don't know that I have a beer blog as well. Craft beers have always been a passion of mine, though as you see with this website, I've cleared some room to include great spirits as well. Anyway, Dogfish Head Craft Brewery has been one of my favorite breweries over the years. Their beers are usually excellent, they embrace experimental ideas, they have some great label and brewery-themed art, and they are just nice people. Off-centered, too. LOL.

Dogfish Head also has a small distillery at their Rehoboth Beach, Delaware location where they produce a few rums, Jin, and more than a dozen fruit and spice-infused vodkas. Distribution is extremely limited, so do yourself a favor and stop by the Brewpub for a taste when in the area. And take a bottle home with you. That's exactly what happened for me. I borrowed this bottle of vanilla-infused vodka that Ed Roberts brought home from a vacation. 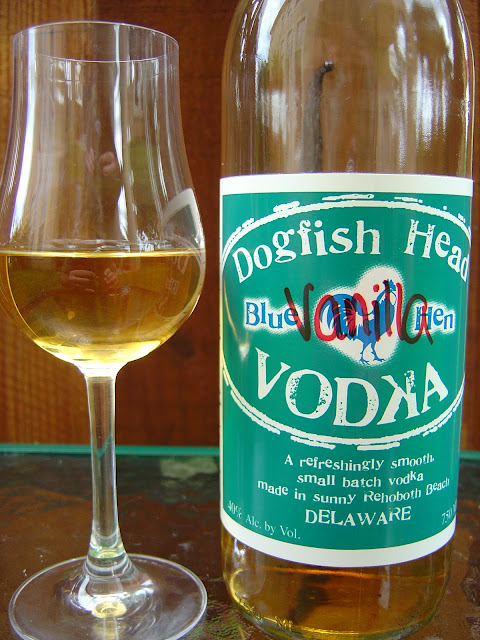 Now, I wasn't quite sure how to drink vodka. So I just opened the bottle and poured a little in the glass. The aroma was full of vanilla and butterscotch with some noticeable light apple. I tasted it too, buttery with vanilla, but something popped into my head that maybe I should be enjoying this cold.

That's when I came across this great article that suggested near freezing and neat was a good starting point for drinking vodka. So though I started to just drink this at room temperature, I stopped and put the bottle in the freezer over night.

The next day, I tried again. I felt the aroma was more muted but the vanilla aroma was certainly there. The flavors were a little less syrupy and more defined as well. Vanilla, orange and cake, with a bit of heat at the end. Some spicy cinnamon seemed to poke through as well. The advertised vanilla really took control of the stage, however. Nice experience. Could this be the spirit to make you switch? 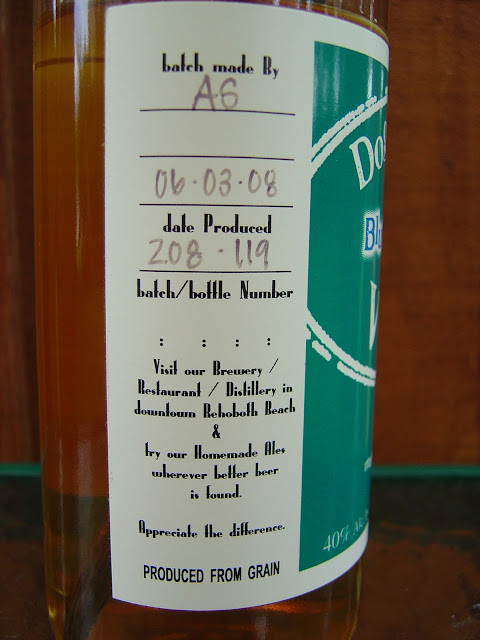 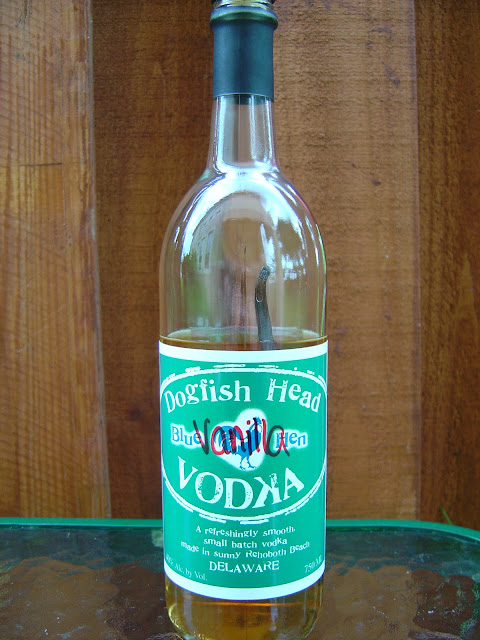 Posted by Distilled Reflections at 9:59 AM