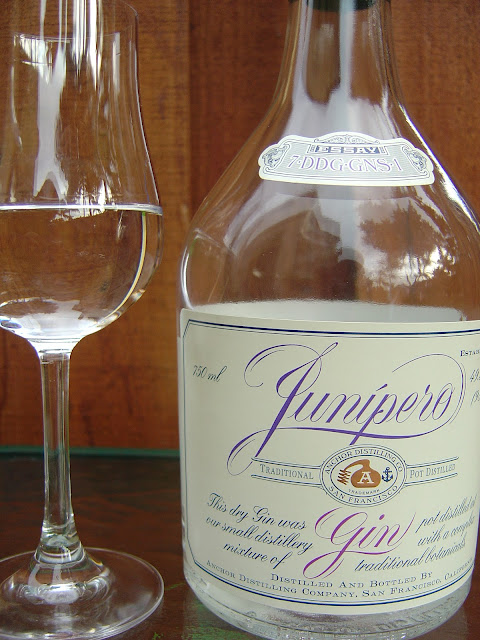 It was not that long ago, sometime in January, that I was on ByTheGlassShow.com, and we were speaking with Anchor Distilling President David King. Yes, this Anchor is the same Anchor as the famous craft brewery that helped get that whole movement started. Same dude too, Fritz Maytag. At that point in January, to me, gin was some crappy mixer that your grandma drank, something Snoop Dog liked, and the desperate choice your brother stole from the liquor cabinet (followed by bad consequences).

But in the early 1990's, Fritz started a craft distillery. Apparently the initial raw materials used in brewing lent themselves nicely to distilling as well, so things made sense. Except for the challenges of being first. No stills as no one who knew how to make something suitable, etc. Sounded like a real-life ups and downs rendition of Oh, The Places You'll Go!

David let us know that it's the botanicals that make a gin recipe special, 12 in the case of Junipero. He admitted to Juniper being added, the "duh" moment of the evening considering it's always added. He also mentioned orange rinds from Spain. But he zipped his lips after that, the other 10 remaining a mystery! The other craft factor is determining "The Middles", the safe and desirable part that comes in the distilling process. 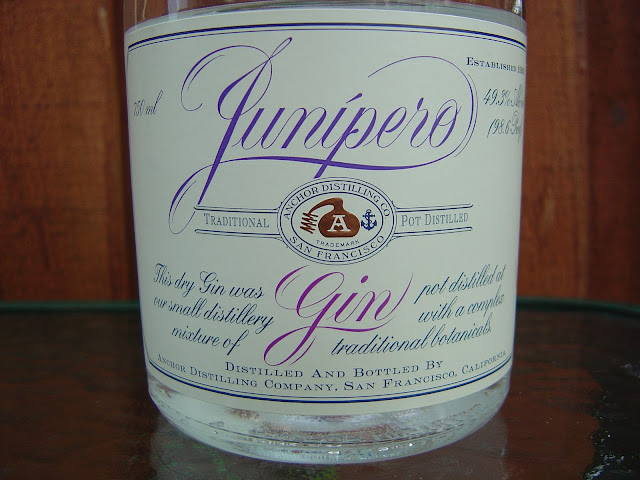 Now, the name of this gin is Junipero, which the distillery purposefully allows confusion to go on about its origin. Was it A. named after Junipero Serra, founder of San Francisco, where Anchor Distilling is located? or B. named after the Spanish word for Juniper, Junipero? Since some of Anchor's other spirits are based on local San Francisco themes, I think I'd vote for A. But David didn't give an answer. I think he said to ask the marketing team, which I'm sure would play more games.

Crystal clear. Wonderful aroma, another sniffer. Orange and juniper are the most prominent. Very clean, floral, citrusy rind is bitter and sweet. Oh, and some licorice is there after sniffing for a while, and then never goes away.

Sweet orange flavors, almost candied. Great heat from the 49.3% alcohol. Very smooth. NOT your grandma's tonic mix! Juniper berries, no doubt, but citrus is number one. Spicy and peppery. Some clean spirits "oof!" And yeah, I love the licorice nips that come after drinking a little bit of this gem.

Sharp and smooth simultaneously. Hot and soothing at the same time. Ravishing and delightful. Definitely the spirit that will make you switch. 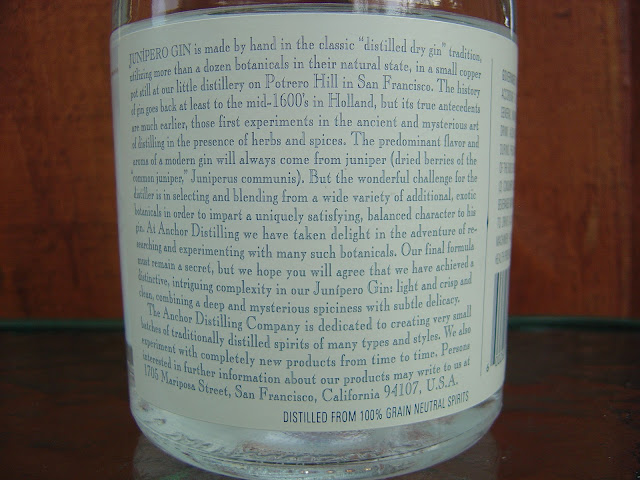 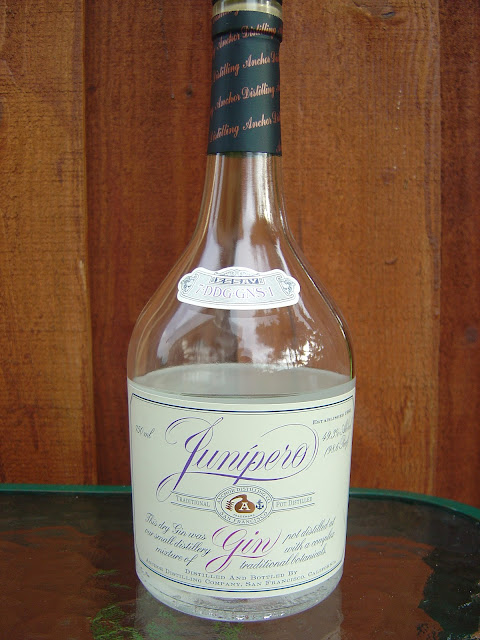 Posted by Distilled Reflections at 10:09 AM