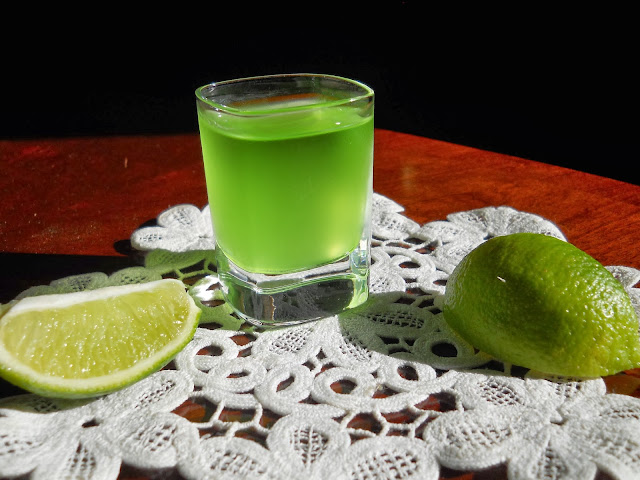 I recently tried my hand at the Devil's Kiss, made with AGWA Coca Leaf Liqueur. This was suggested to me to be a great option for Halloween, considering the spooky green glow AGWA gives off when it is frozen for at least four hours.

Now, I'm not going to pretend to be a master mixologist here. The Devil's Kiss is simply a shot of frozen AGWA. The catch is that you are supposed to bite into the lime wedge before shooting it. I'm sure you all already know what happens when you bite into a lime wedge, right? Exactly, no scurvy for you! But seriously, that mega citrus rush went very well with the sharp herbal flavors of the AGWA while you feel an intense spirits cleansing of your palate. The 30% alcohol seemed even a little more potent than that.

AGWA has some very interesting flavors, very complex with all the herbs. And lime is a natural companion. Definitely a shot I think would be popular on a holiday like Halloween. Watch out for the "AGWA Buzz" though!

Below is the professional photo. Above is mine. Which do you like better? 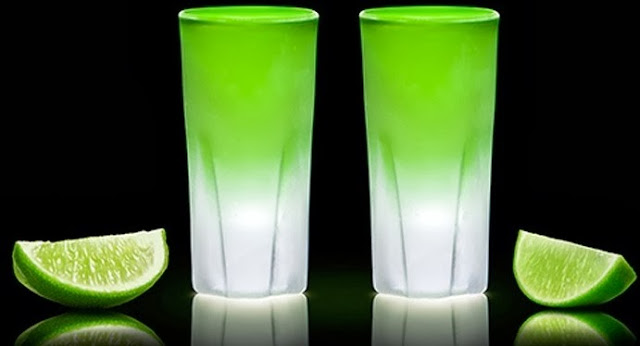 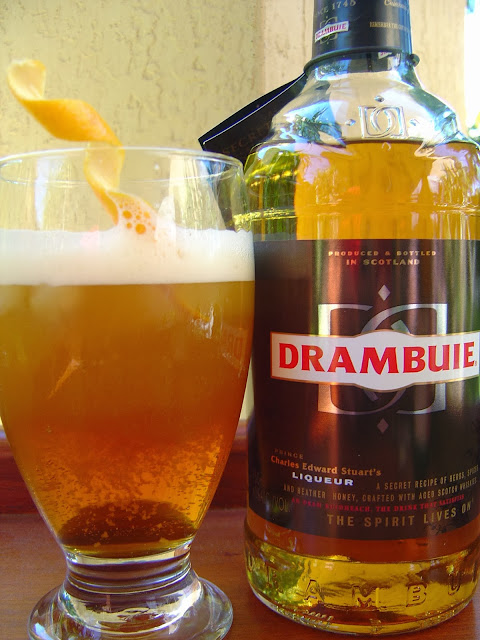 I was recently asked if I'd be interested in checking out DRAMBUIE and possibly trying a cocktail or two. Of course I said yes. I decided to create a cocktail invented by Art Of The Drink's Anthony Caporale, one known simply as FALL DRAMBUIE.

DRAMBUIE's history dates to 1746 and Prince Charles Edward Stuart. The Stuarts were no longer in power and he was being chased across Scotland by the King. Highland Clans including Clan MacKinnon aided his escape, and as a gesture of thanks, the Prince gave his personal liqueur to them to pass down from generation to generation.

While you go read the rest of the story, about registering a trademark and perfecting cocktails and bringing DRAMBUIE to market, I'm going to get started with this recipe. I couldn't find a picture to try to copy/outdo, so I had to used my imagination a little. I'm sure you'll let me know what you think.

You'll also read that one of the main ingredients in this cocktail is pumpkin beer, a style that I have not been so friendly to and have gone as far as calling for a ban because of my hatred. However, my good friends at Dogfish Head Craft Brewery make one of the better versions in their Punkin Ale, so that's what I went with for this recipe. 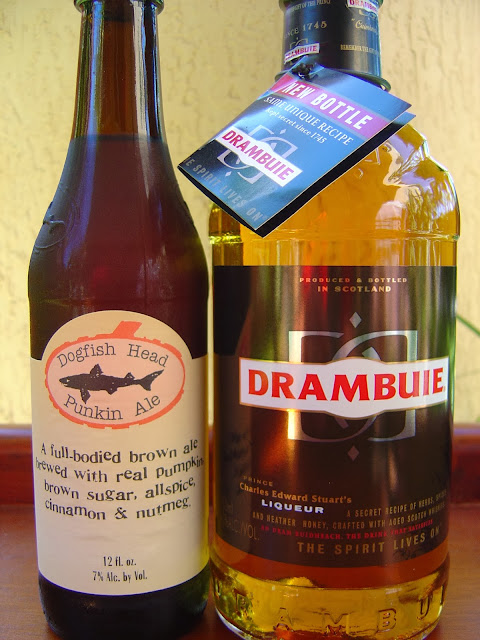 
What an interesting blend of pumpkin beer spices and the herbal and honey flavors from the DRAMBUIE! Nicely sweet with just enough balance from the bitters. The honey flavors are very distinct and really work in harmony with DRAMBUIE's herbs and spices from the beer. The alcohol kick from DRAMBUIE's whiskey component along with the beer's carbonation also make this unique and fun. Flavorful, interesting beer cocktail! 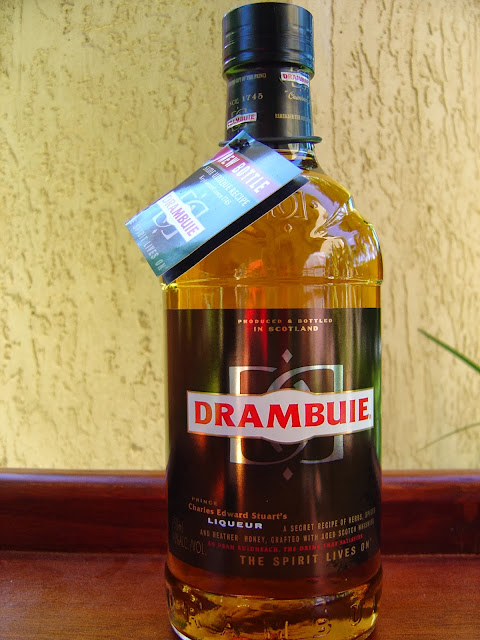 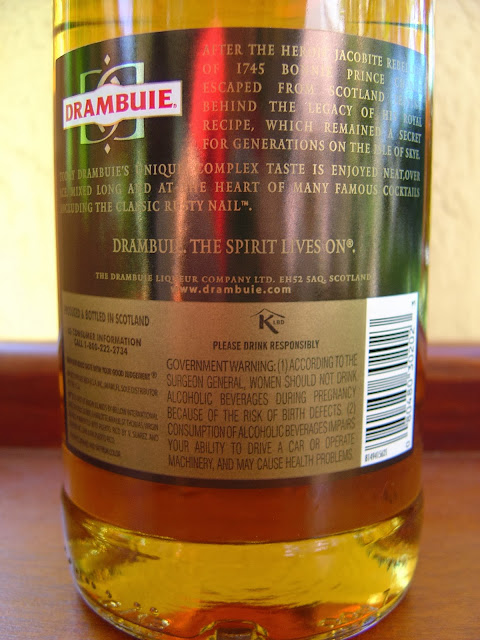 Posted by Distilled Reflections at 3:44 PM No comments: