Marquis Vodka (and a fun cocktail) 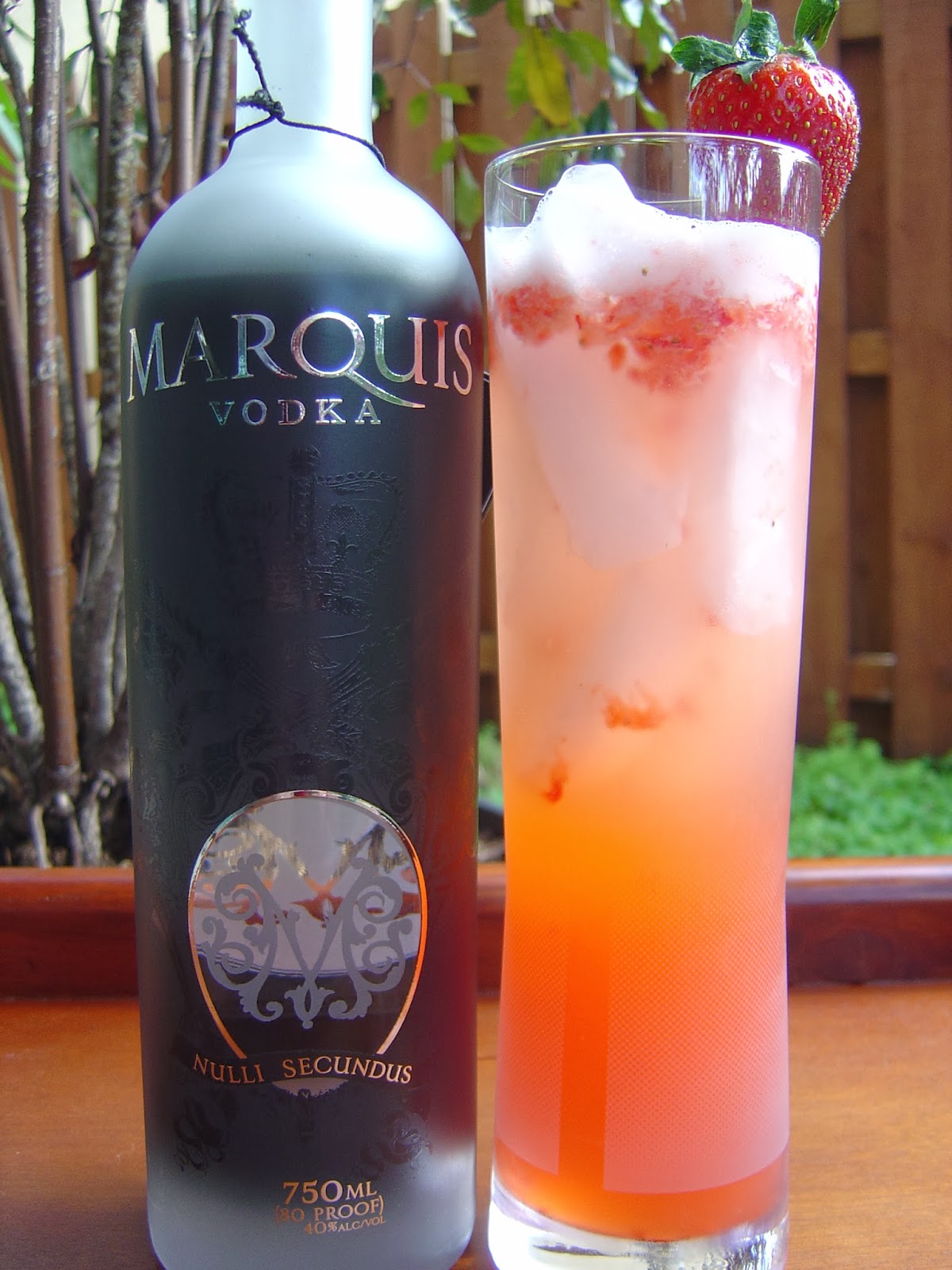 Back in January, I was approached by Marquis Vodka. They wanted to know if I'd like to try my hand at making the perfect Valentine's Day cocktail, St. Valentine's Day Massacre, "the sweet cocktail for those with bitter intentions." Well, I just got a sample of the vodka but decided that Valentine's Day is kind of stupid and I can still make this cocktail mid-March. Am I Right?

Marquis Vodka is a Polish vodka distilled in a small artisan distillery that was founded in 1895. It's distilled from rye selected from an in-house sustainable farm. The distillation is conducted in hundred year old copper stills followed by four filterings through charcoal to remove any final impurities. The 100% alcohol product is diluted to 40% with the distillery's own aquifer.

The packaging is pretty cool. Silver foil lettering over a black and gray frosted "dark side" motif. Maybe scary? In the middle is a 3D-like mirror with the Marquis "M" in the middle. Hard to describe. You look at it and can see that "M" behind as well. Stare at it after a few and perhaps you will figure out that there is a similar oval on the back for that see-through 3D effect. Finally, you are told this is Nulli Secundus, Second to None in Latin (I looked it up, though even I had an inkling.) 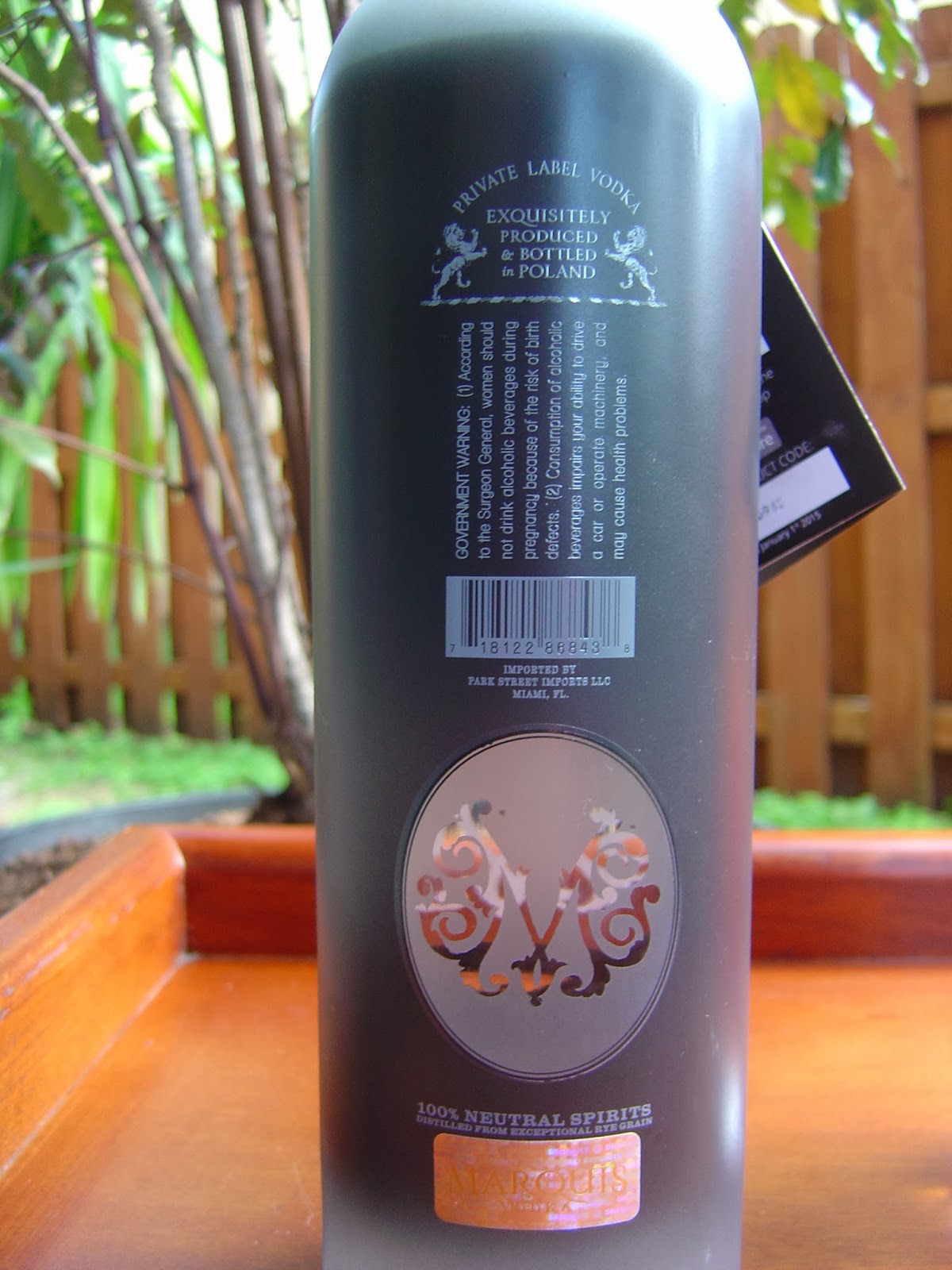 So is this just another premium vodka, right? Nope! This brand gives 20% of its retail revenues to four charitable partners--and the purchasers get to decide which one: Meals on Wheels, Trevor Project, Worldwide Orphans, or Footprints, and should you decide it's not worth your time to choose, the brand divides your 20% evenly. If you'd like to guide my decision on which to choose for this bottle, make a comment.

Back to the cocktail. Yes, of course I took photos where I tried to out-perform the professional one (see below). One thing I couldn't figure was why their drink appeared orange. And then it hit me, duh, red plus yellow...

Here is their recipe...

Muddle strawberries in a shaker. Add Marquis Vodka, lemon juice, simple syrup (I used half an ounce) and ice, shake, and strain into a glass. Top with soda.

Pleasant fruitiness, totally strawberries. Lightly tart from the berries and lemon juice. Refreshing yet diluted, though the alcohol was not absent. That dilution made my version of the cocktail quite a bit too frilly, like in a male ice-dancer's outfit kind of way. Not exactly a "Massacre" of any kind, not even like killing the tiny ants around the house.

But I take full responsibility for that dilution. My glass was too big, I used too much ice, and I took too long to drink the cocktail because of the photo session. Still, I'll be doubling up on ingredients next time, of course using the same big glass and less ice.

Next up... sipping Marquis Vodka neat. I'll add something here later as an update. Oh, and do you like my photo above or the professional one below better? Be sure to comment! 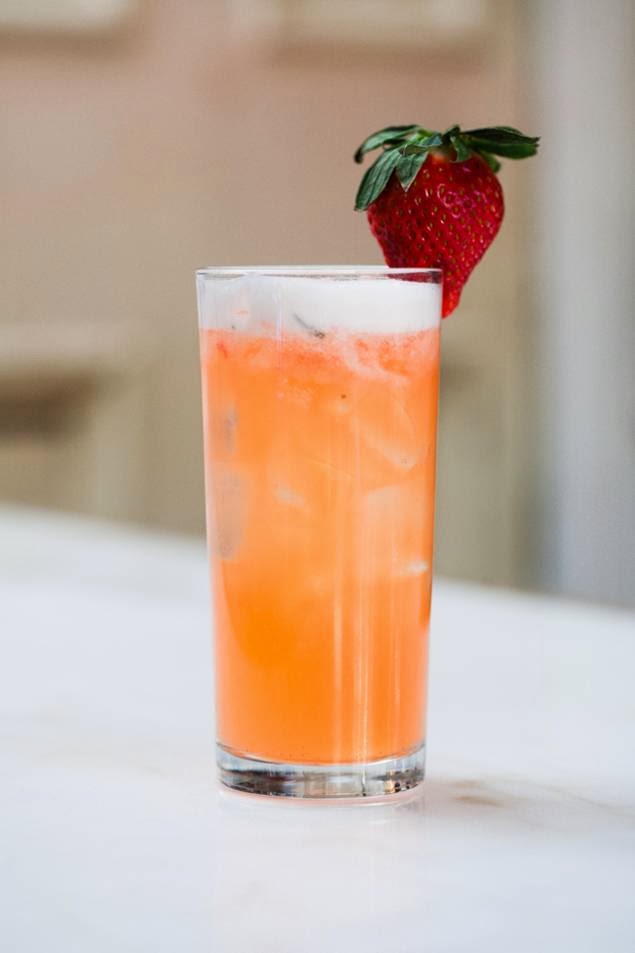 Posted by Distilled Reflections at 6:02 PM