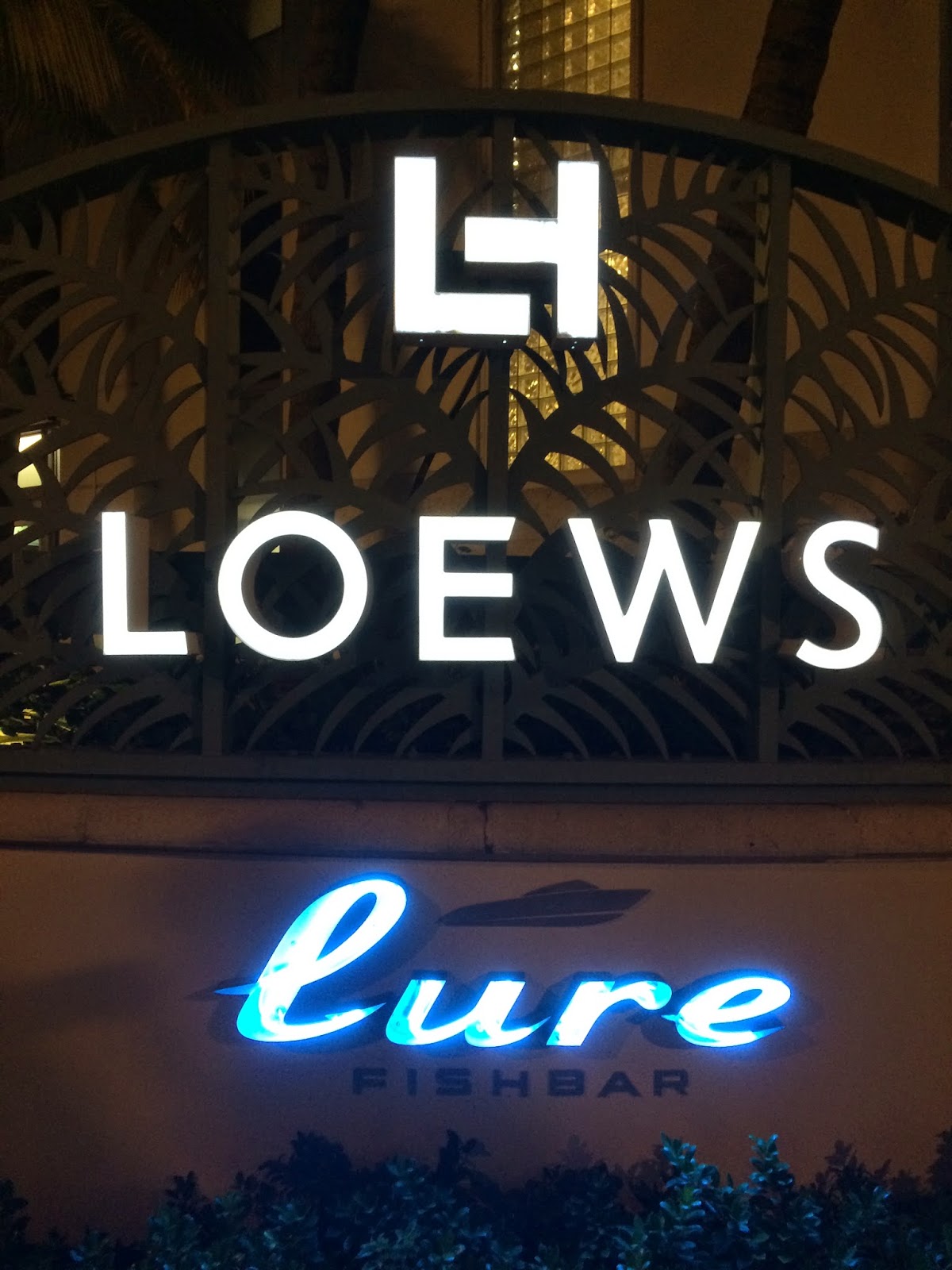 Last night, Ed Roberts and I stopped by Lure Fishbar at the Loews Miami Beach Hotel for a taste of Ardbeg Distillery's newest Scotch named Supernova. Wow! What a beautiful and impressive hotel! And we didn't even go in the main hotel, just visited the bar and restaurant next to the enormous pool.

You probably remember Trisha Cancilla leading us through three of the distillery's expressions on ByTheGlassShow not that long ago. Well, Ed and I hit the table with those same three first: their 10 year Scotch, Corryvrecken and their Sherry-finished Scotch named Uigeadail. And you'll never guess who we bumped in to--you guys are so smart--Trisha. She even posed for a few staged pictures with me. I met Trisha's boss Israel too! 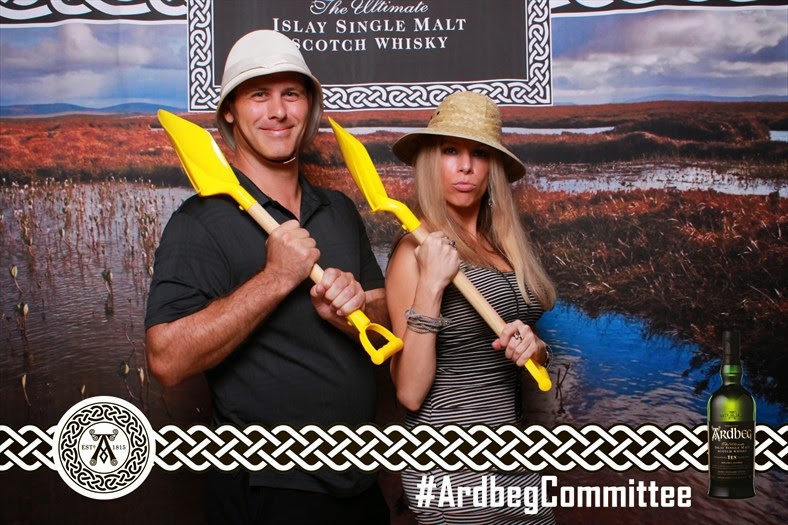 Ed and I also did the picture thing with some fun props. There was a very good band playing the entire evening, and I swear they had a Wii fishing game--the Ardbeg model that was showing everyone how to play was kicking my ass. I couldn't figure out how to cast to the right spot (pretty similar to my real life fishing dilemnas).

That's when we hit the Supernova table. Another model poured the newest expression into cute branded Ardbeg shot glasses. I had a few and it was terrific. We also tried one of the two cocktails available--you seriously had to stand by the bar to grab one they were so popular!

Just when you thought things couldn't get better, Dr. Bill Lumsden, creator of all the Ardbeg Scotch expressions introduced himself and told us a little about Supernova. I'm pretty sure he's convinced that aging Scotch in space will have some alien effects, and as a scientist, he's going to find them! Global Master Brand Ambassador for Ardbeg David Blackmore was also there (he called in to that same BTGS I mentioned earlier). Bill and David were spreading the good Scotch word and posing for pictures all night, too!

That's about it. Fun night. Plenty of Scotch. Nice crowd of people enjoying themselves! And I made a few new friends as you'll see below. 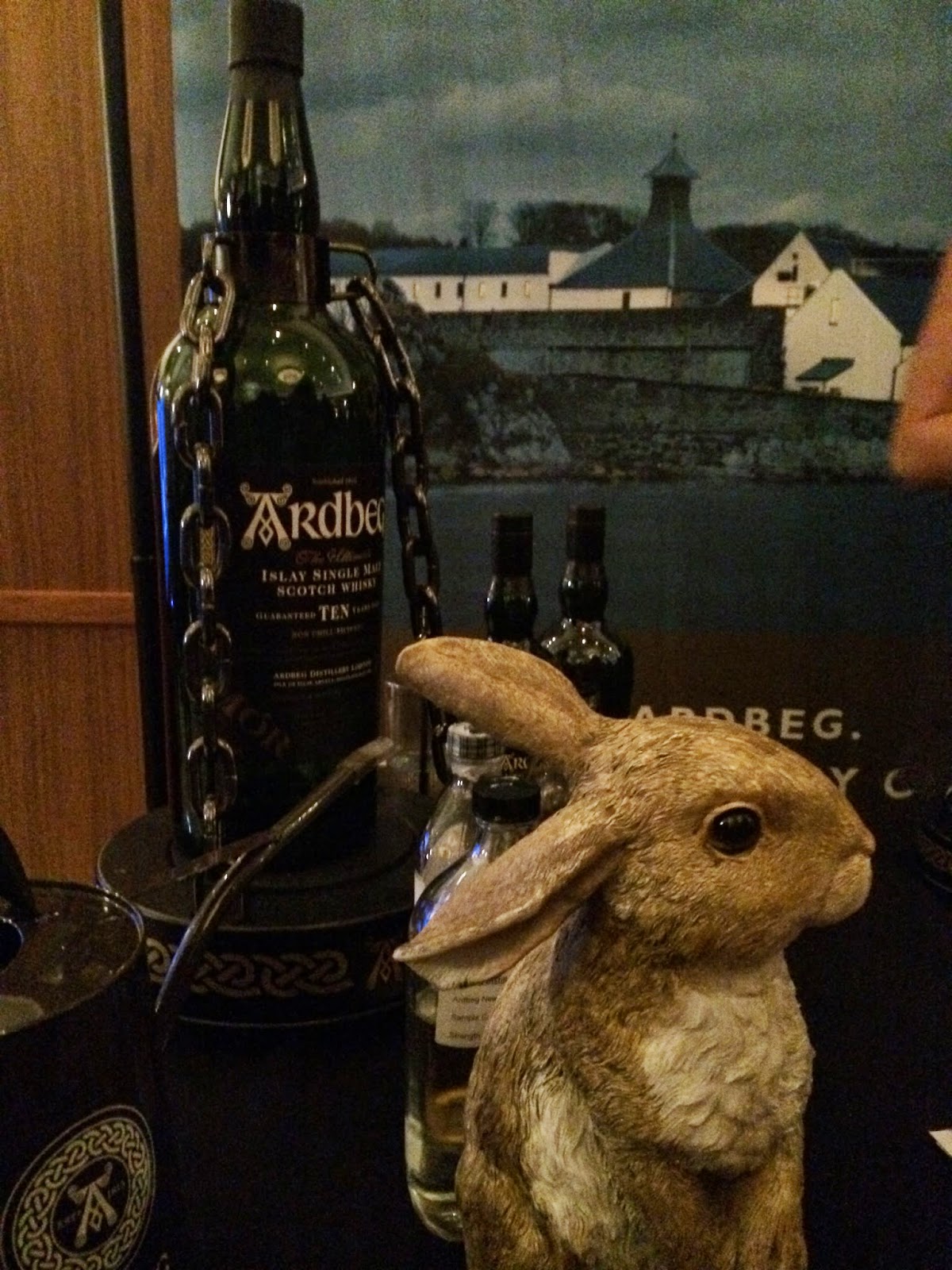 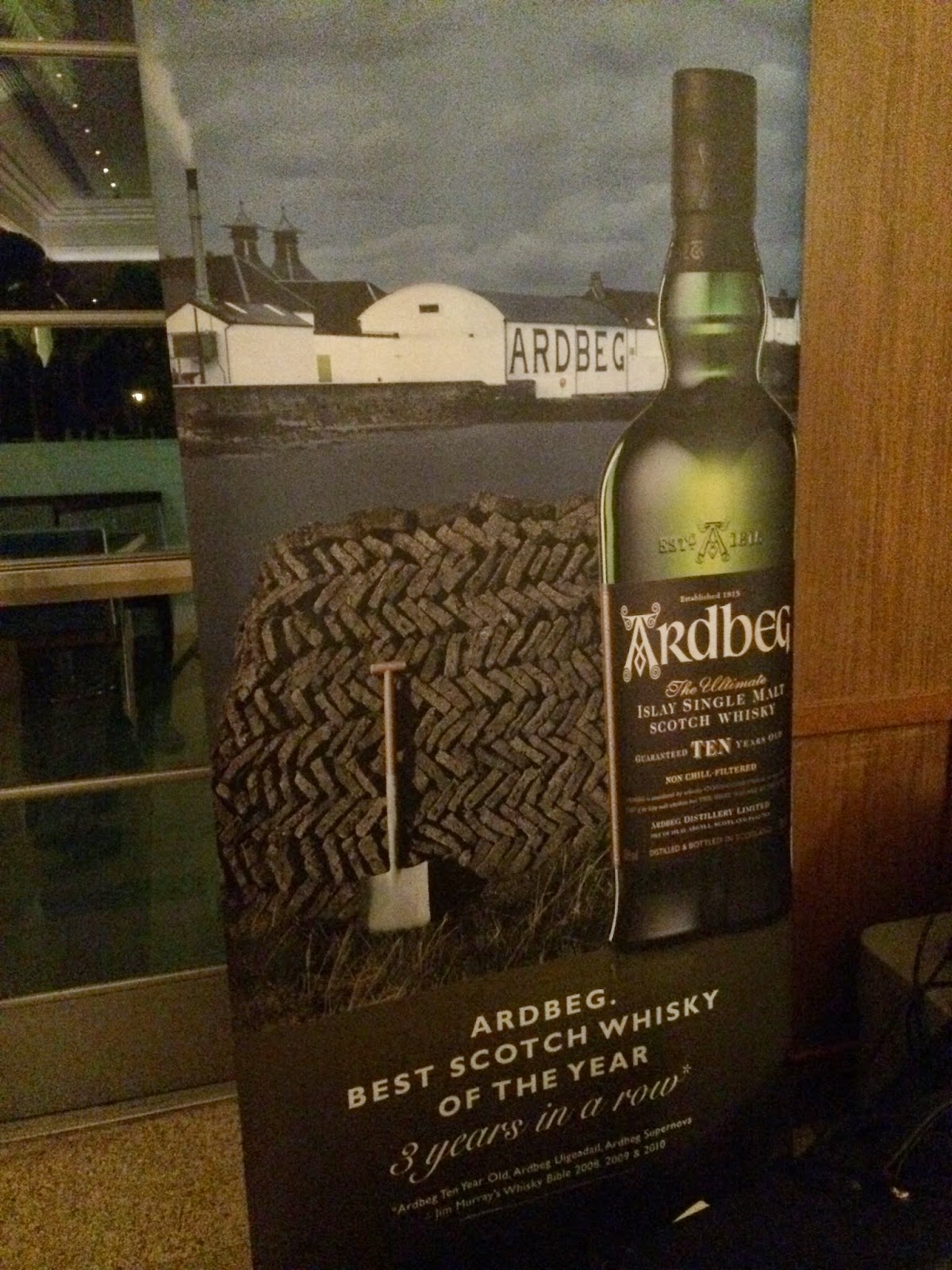 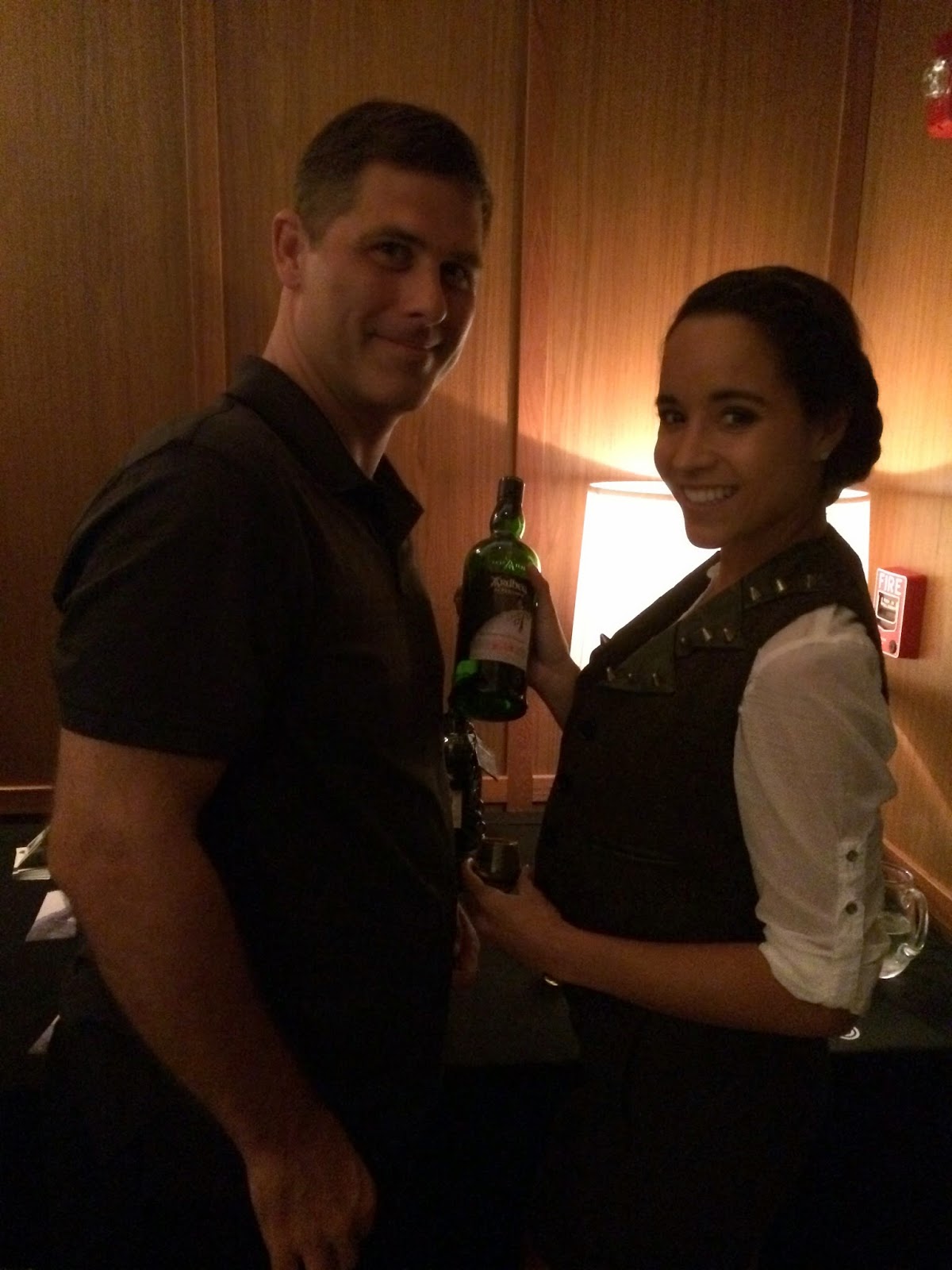 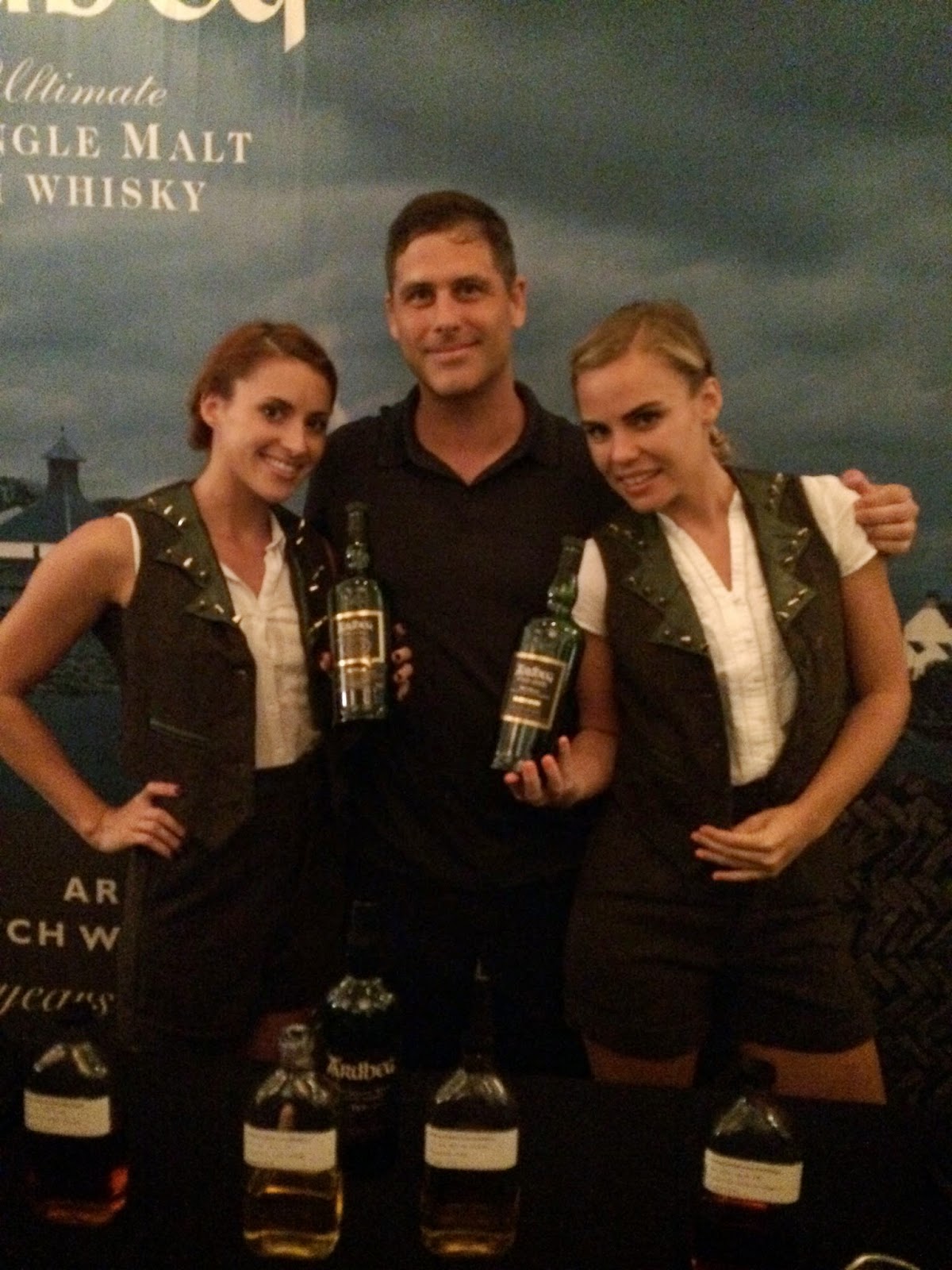 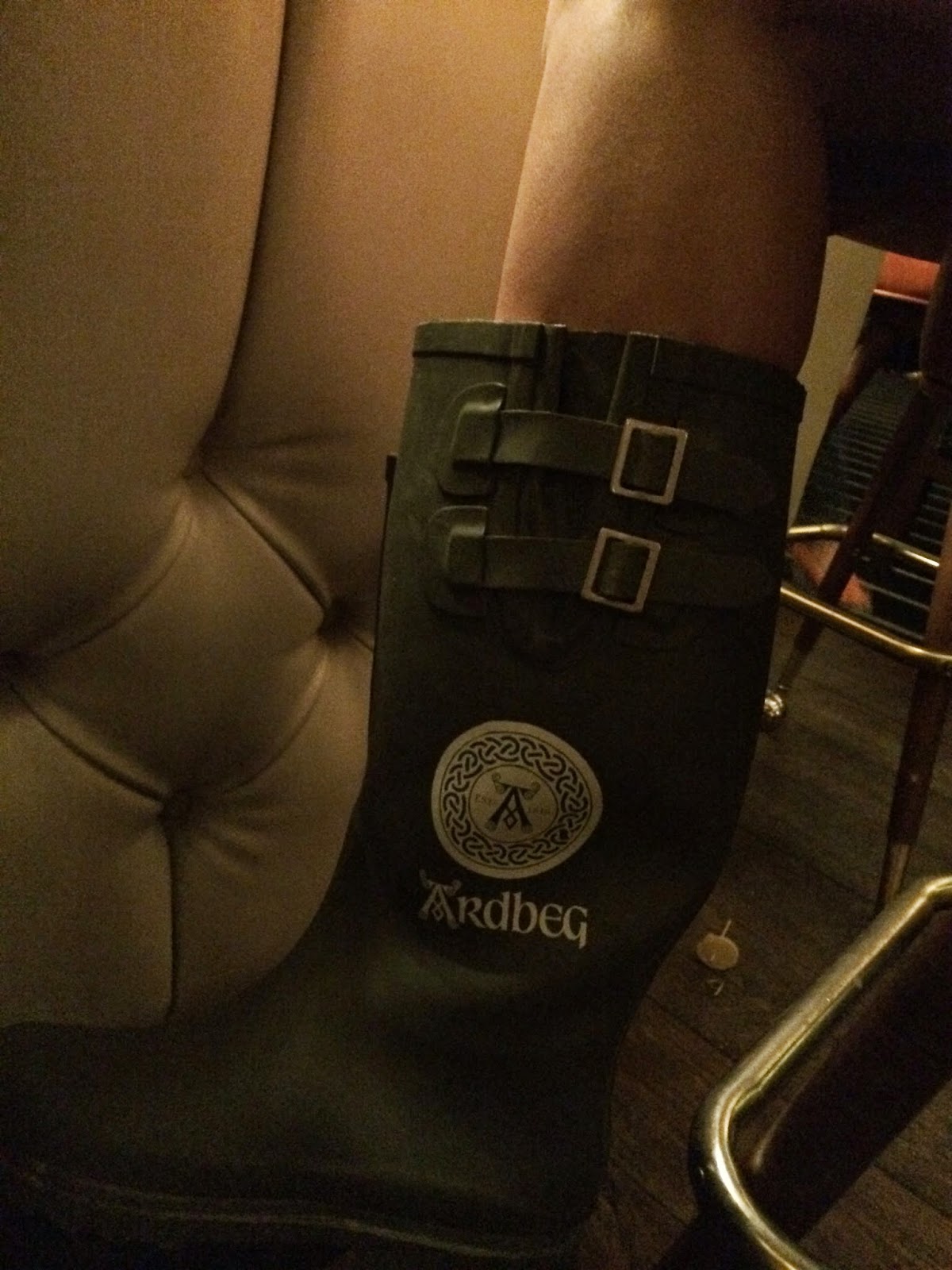 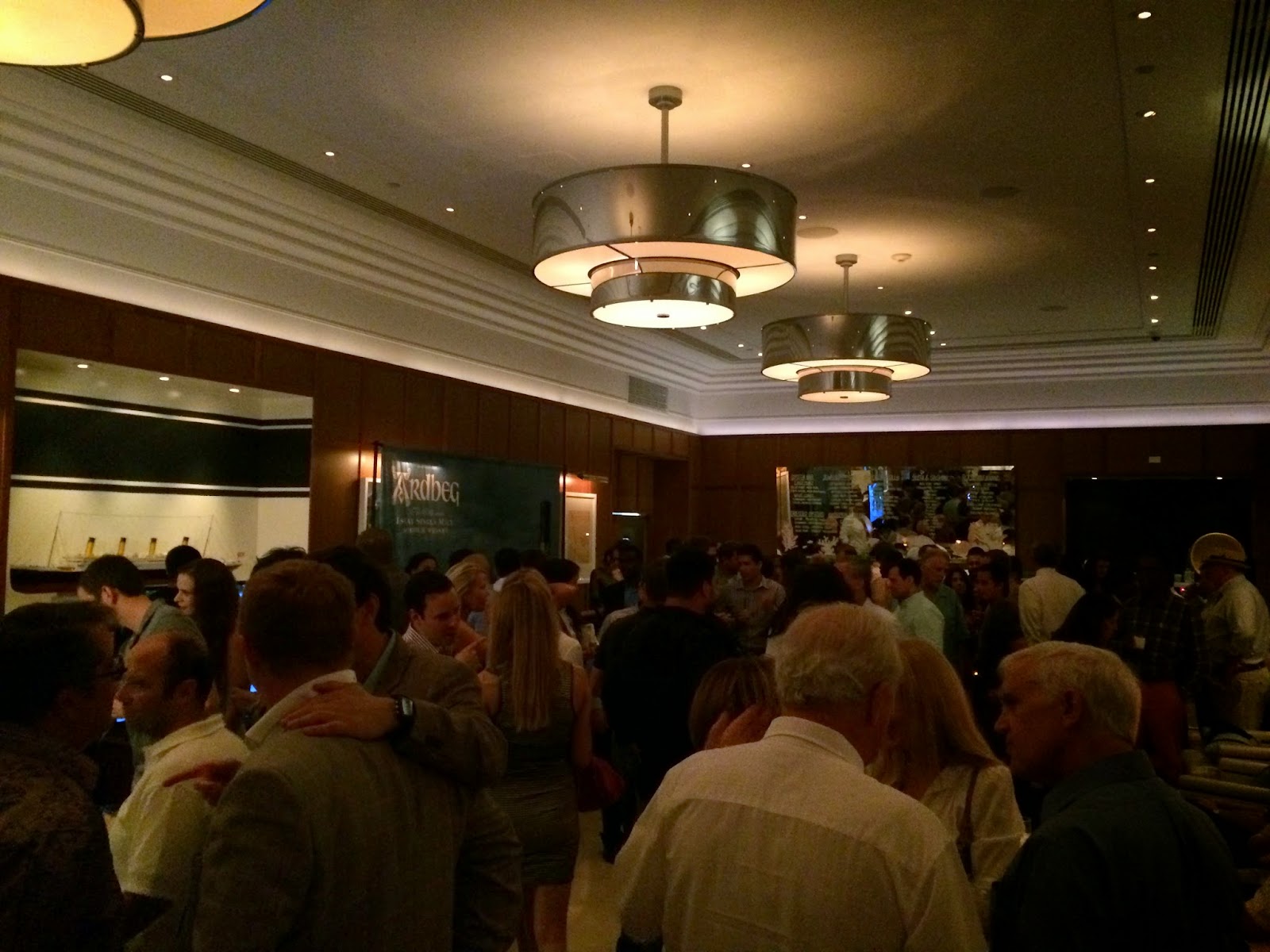 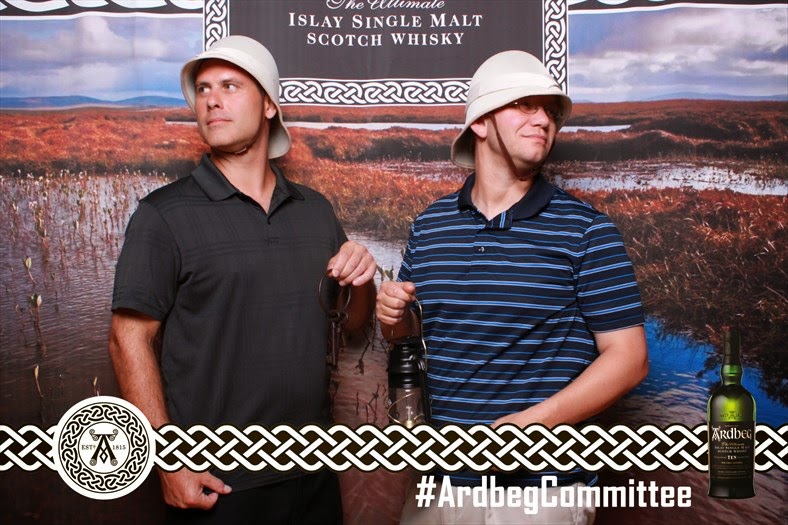 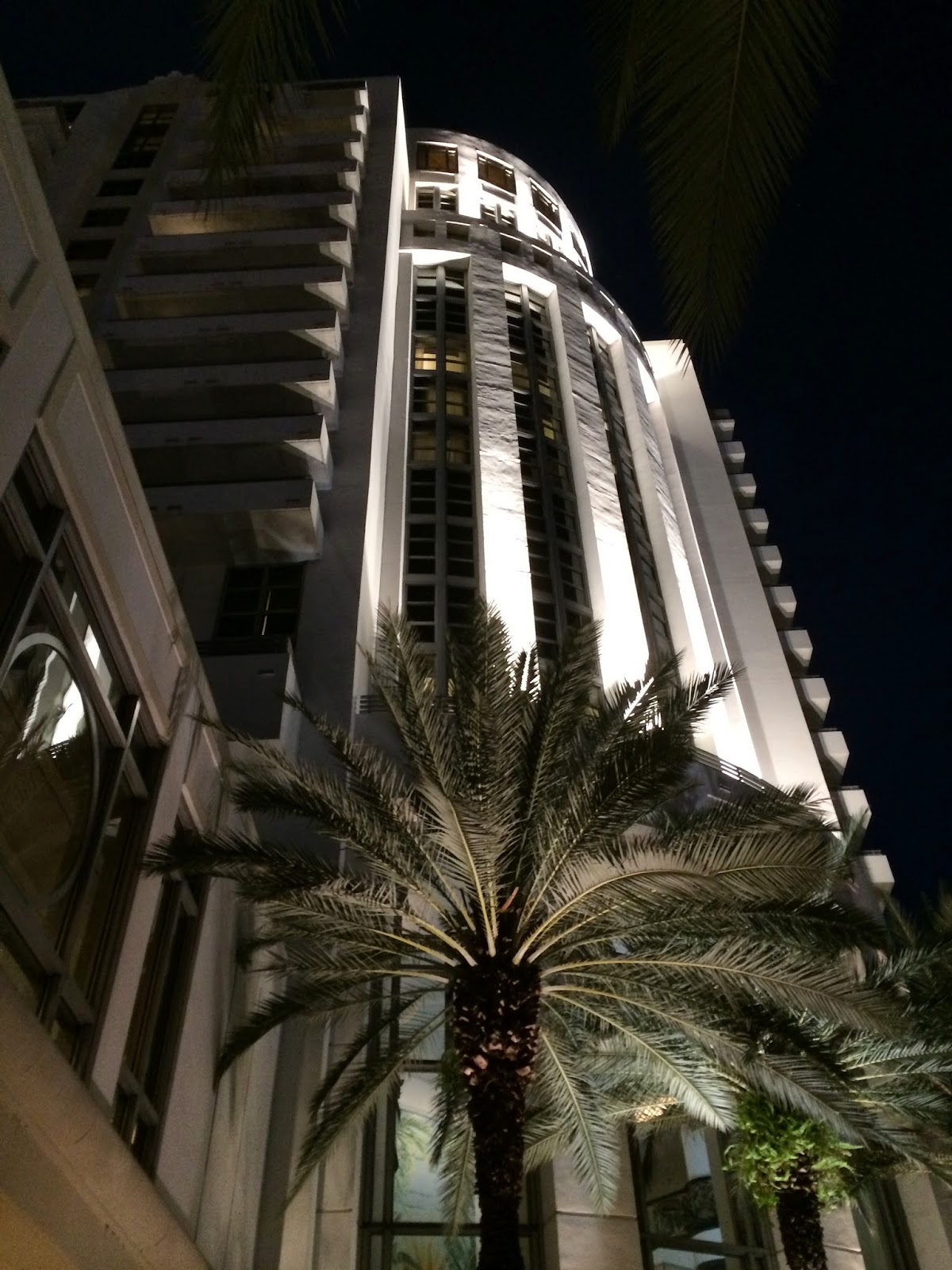 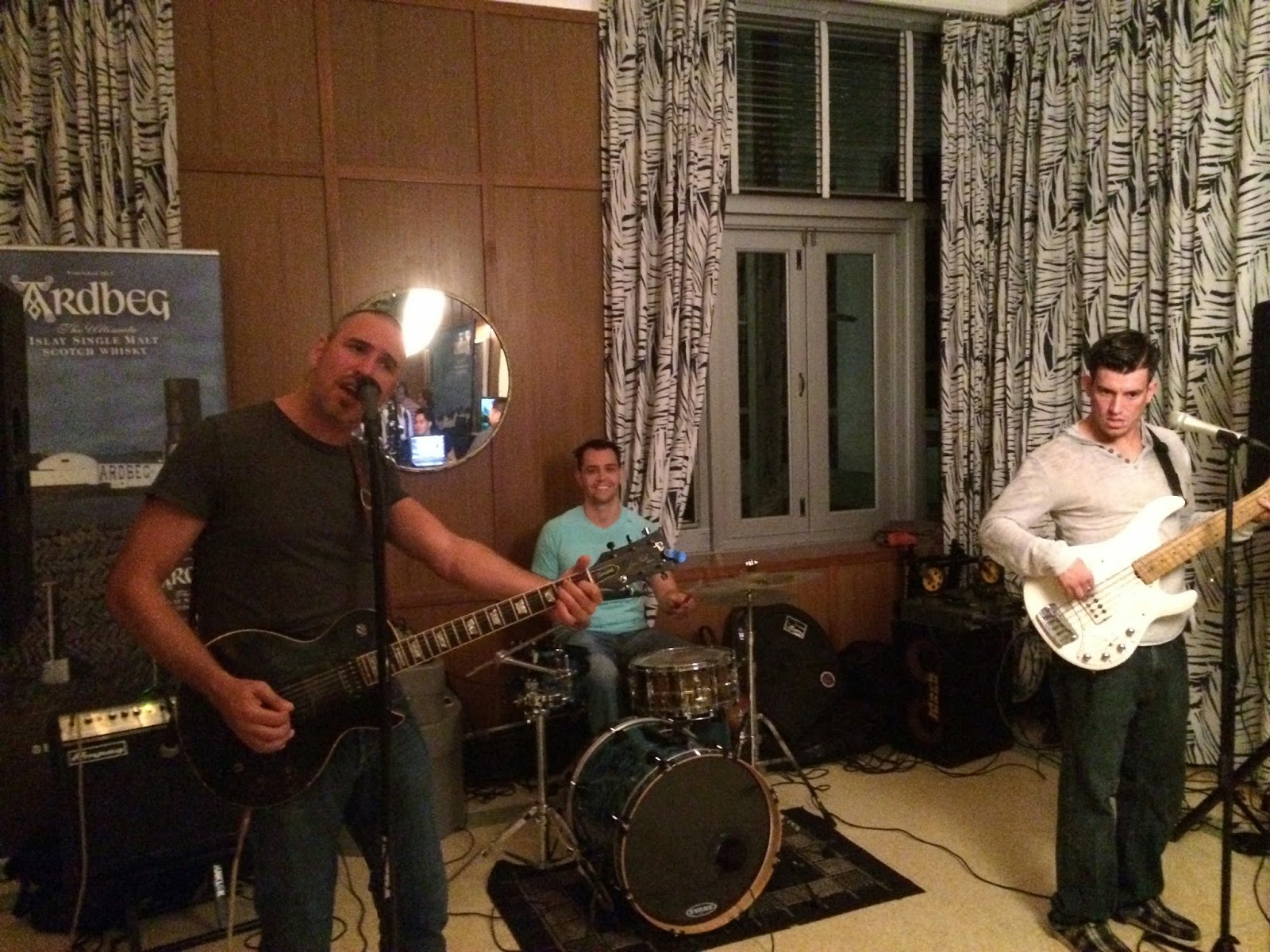 Posted by Distilled Reflections at 4:49 PM