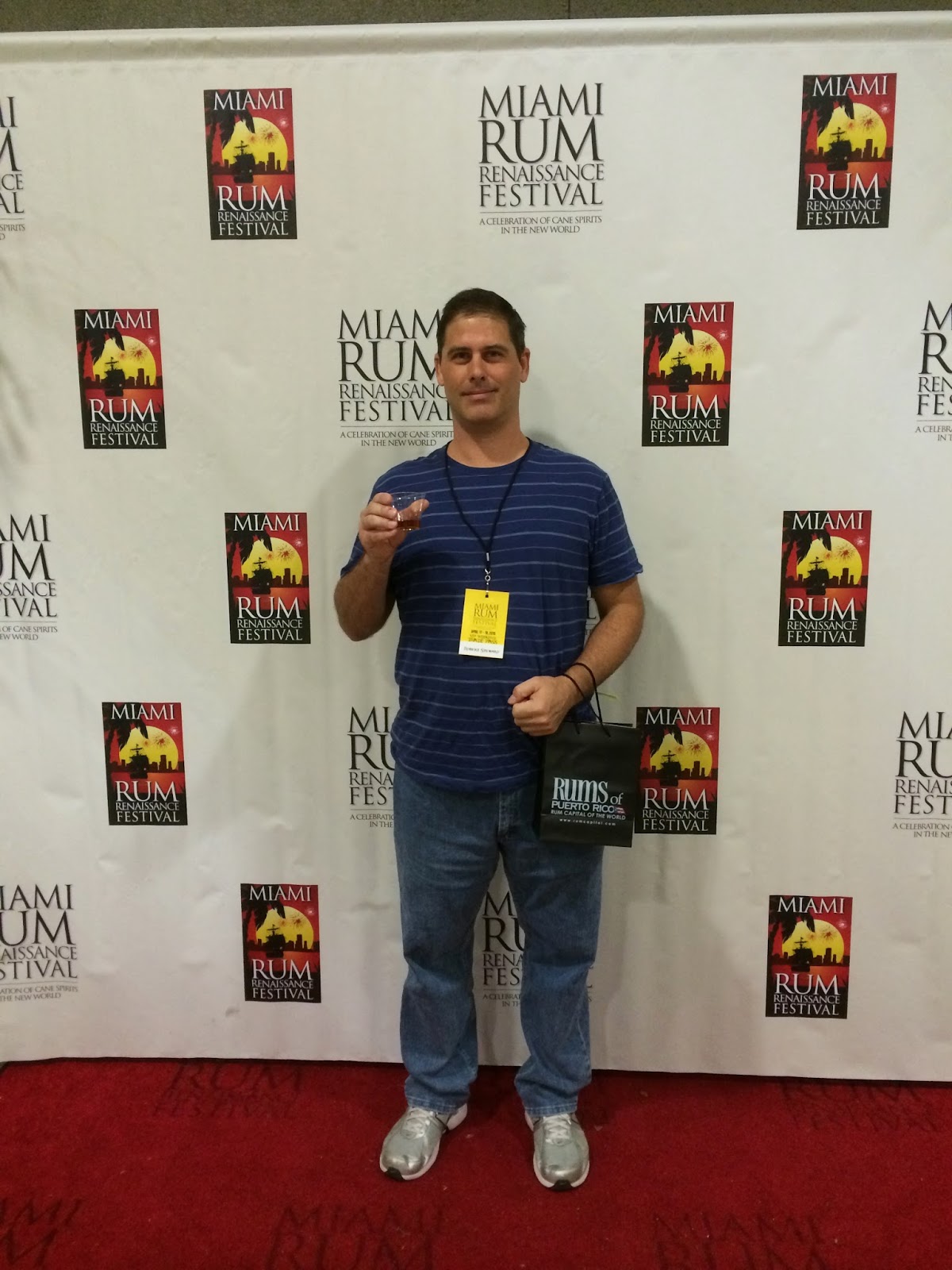 First In Line for the 2015 Miami Rum Renaissance?! Yep! Ed Roberts and I were only half an hour early Saturday afternoon but somehow managed to be the first ones through the door. After briefly surveying the floor at the DoubleTree Miami Airport Convention Center, we got to work. We did notice that the number of rum vendors was quite a bit lower than in 2014. It seemed that some of the bigger and many of the most well-known rum makers decided not to return. However, there were many new faces so we got the opportunity to hear new stories and meet some up-and-coming rum makers.

While Ed chatted about rum distribution, I made some new friends. You can see some of them below. We bumped into all of the famous Burr family: Rob, Rob and Robin! They are always fun to chat with and Saturday was NO EXCEPTION. Rob the younger gave us quite the lesson on flavored rums! Ed made some new contacts and solidified others for his day job--was funny, when they heard the Total Wine name, they stopped texting and gave their full attention! Seriously. 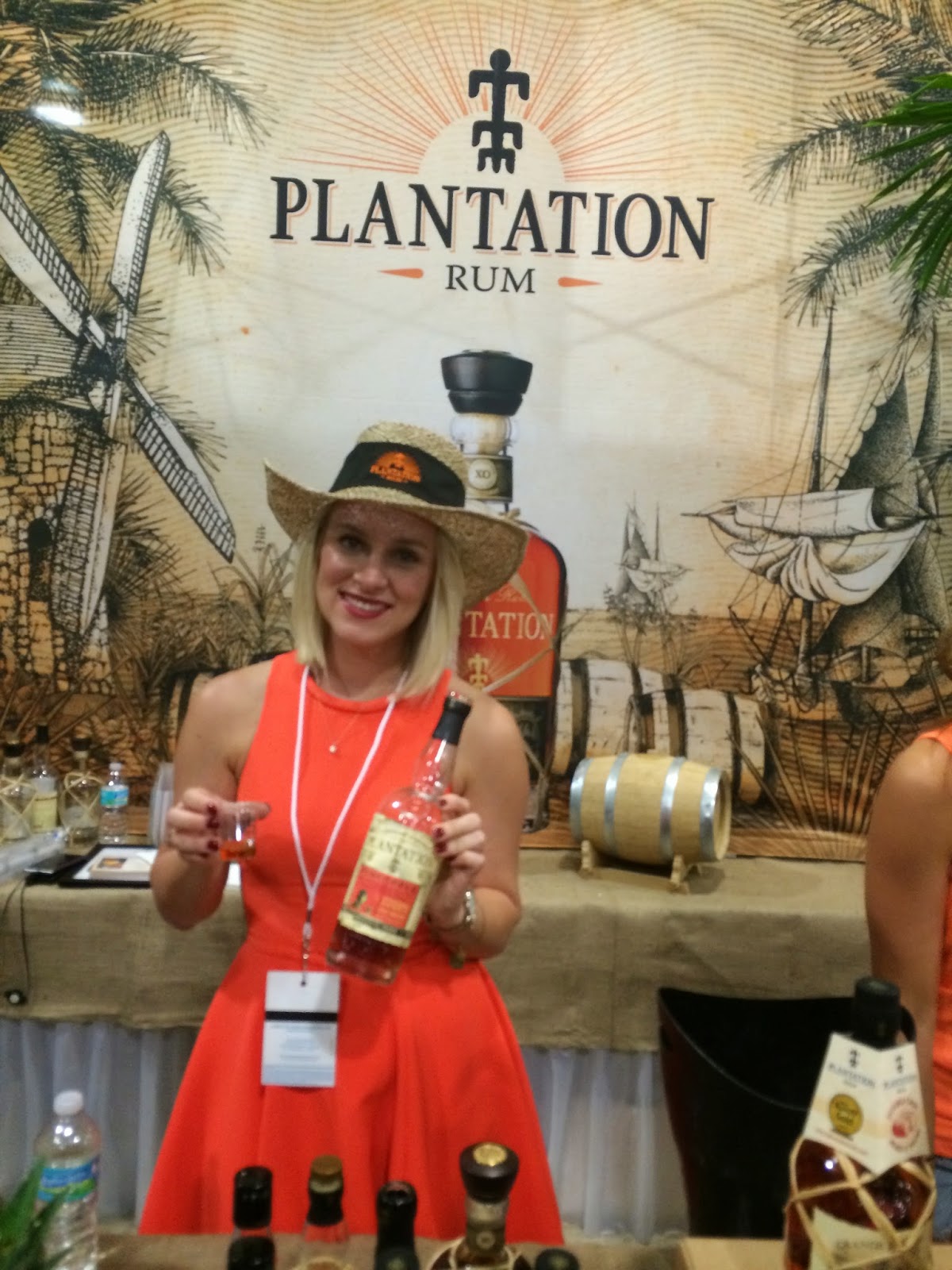 Some of our favorite rums were in the flavored rum category this year. I would say that in that category, Plantation Pineapple, Siesta Key Toasted Coconut, and Bayou Satsuma all hit home runs! I also got to take home a bottle of the Siesta Key rum, but that's because I was with Ed and I interviewed their owner for the Total Wine blog a few years ago!

Now... I like the hot rum models probably more than almost everyone there, but I was certainly OK with more classy sexy than risque skimpy. That was another noticeable difference than years past. And Captain Jack was there again this year which should be a requirement. 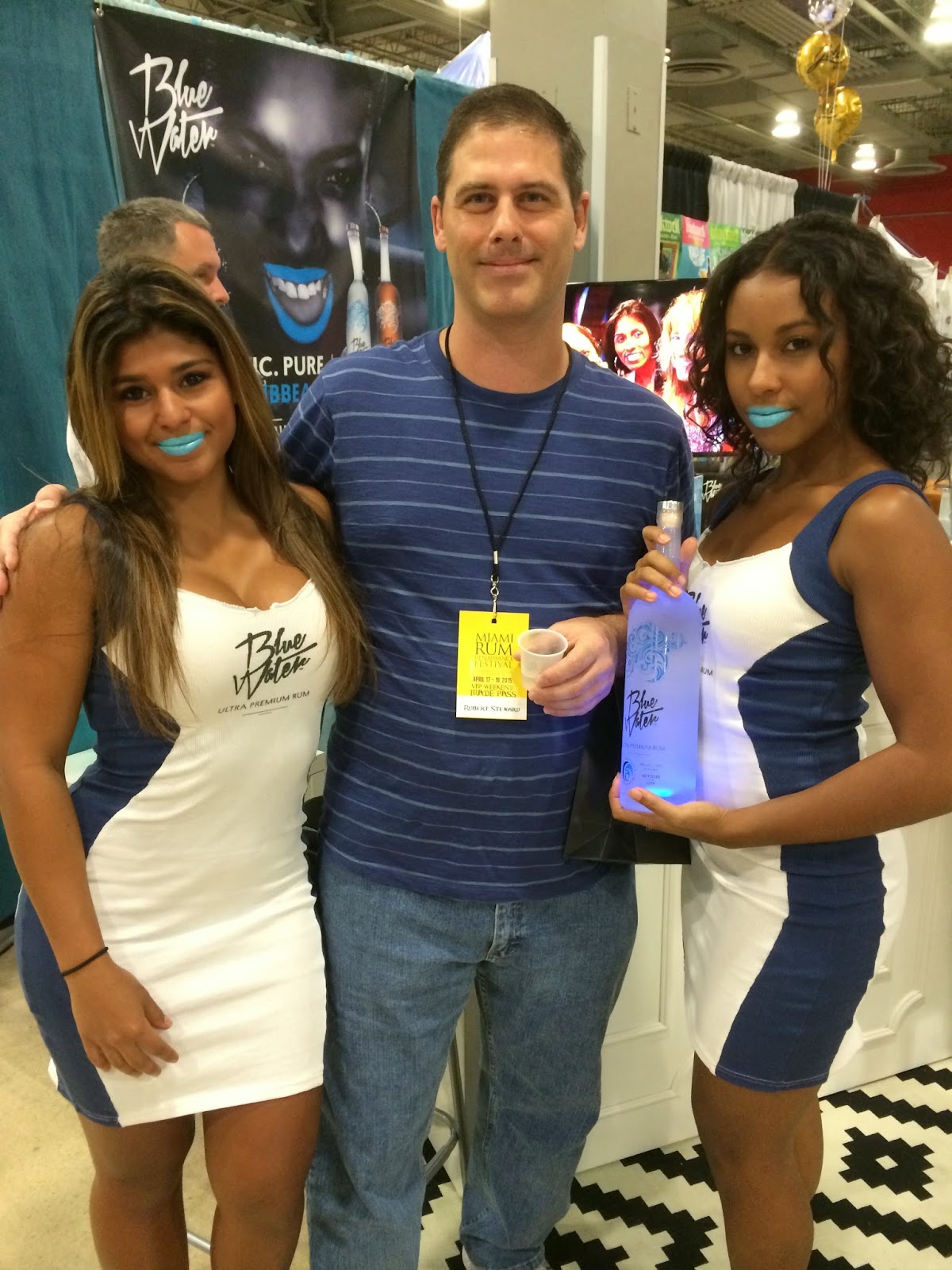 Other vendors that caught my eye... Stroh had a 160 (over)proof rum that Apothecary Cocktails Author Warren Bobrow was using to create a crazy-ass cocktail. I asked him if he brought the entire medicine cabinet before he pointed out who he was. It seriously felt like a science experiment! The cocktail was pretty good too, extremely interesting! Blue Water had two models with an Electric Blue Belle lipstick on (I did my best color match at BenjaminMoore.com). I'm pretty sure that every attendee stopped at their booth to check out the cocktail they had--nice and refreshing. A fun gimmick! And I got a T-Shirt for expressing my love for Yolo Rum!


Besides the rums above in the flavored category, other favorites included those from Opthimus, Mezan, Brugal, Plantation, and Diplomatico. I thought that the Plantation, Opthimus, Afrohead, Blackheart, and Skotlander presentations were also great, educational, and interesting. 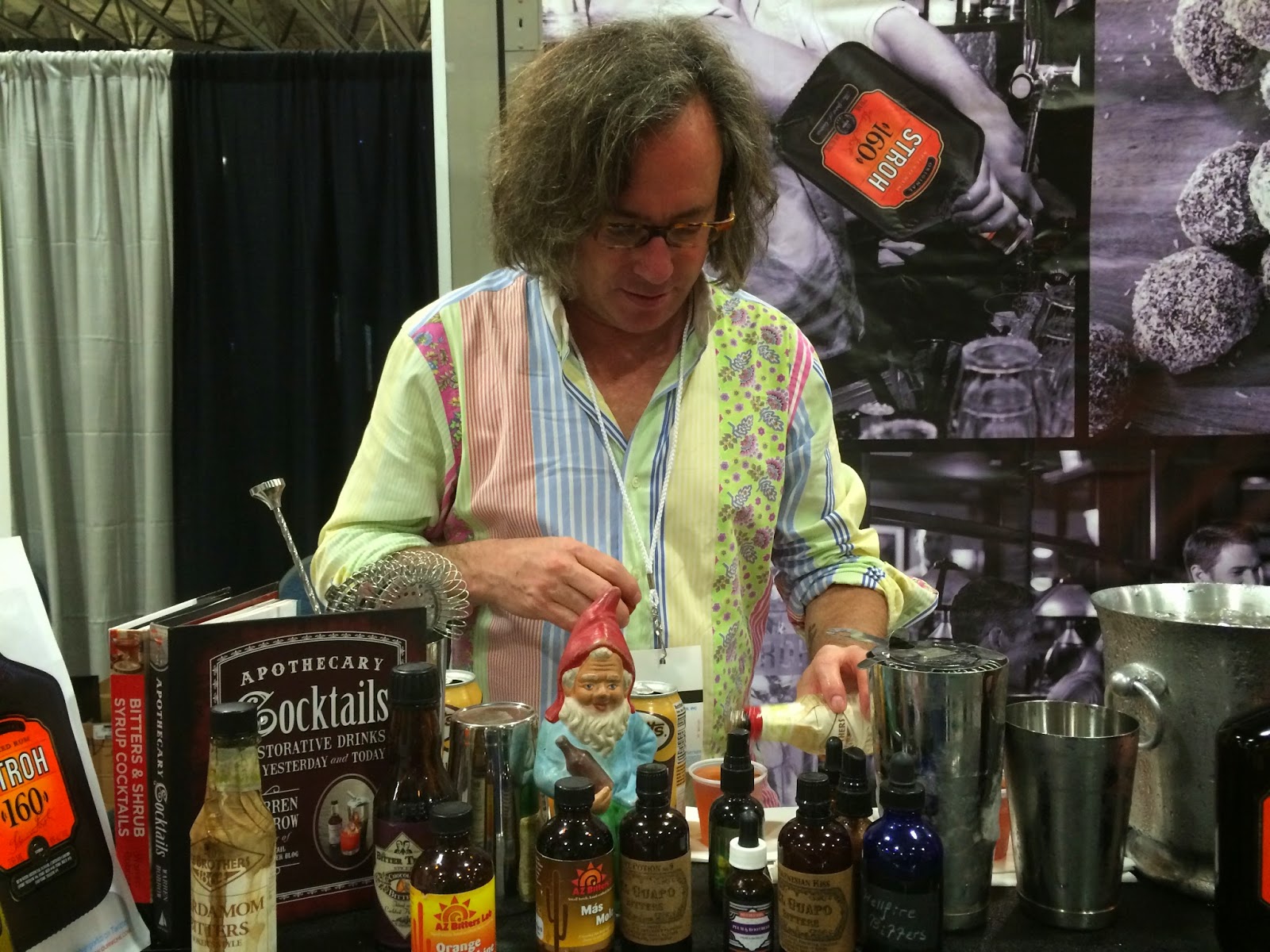 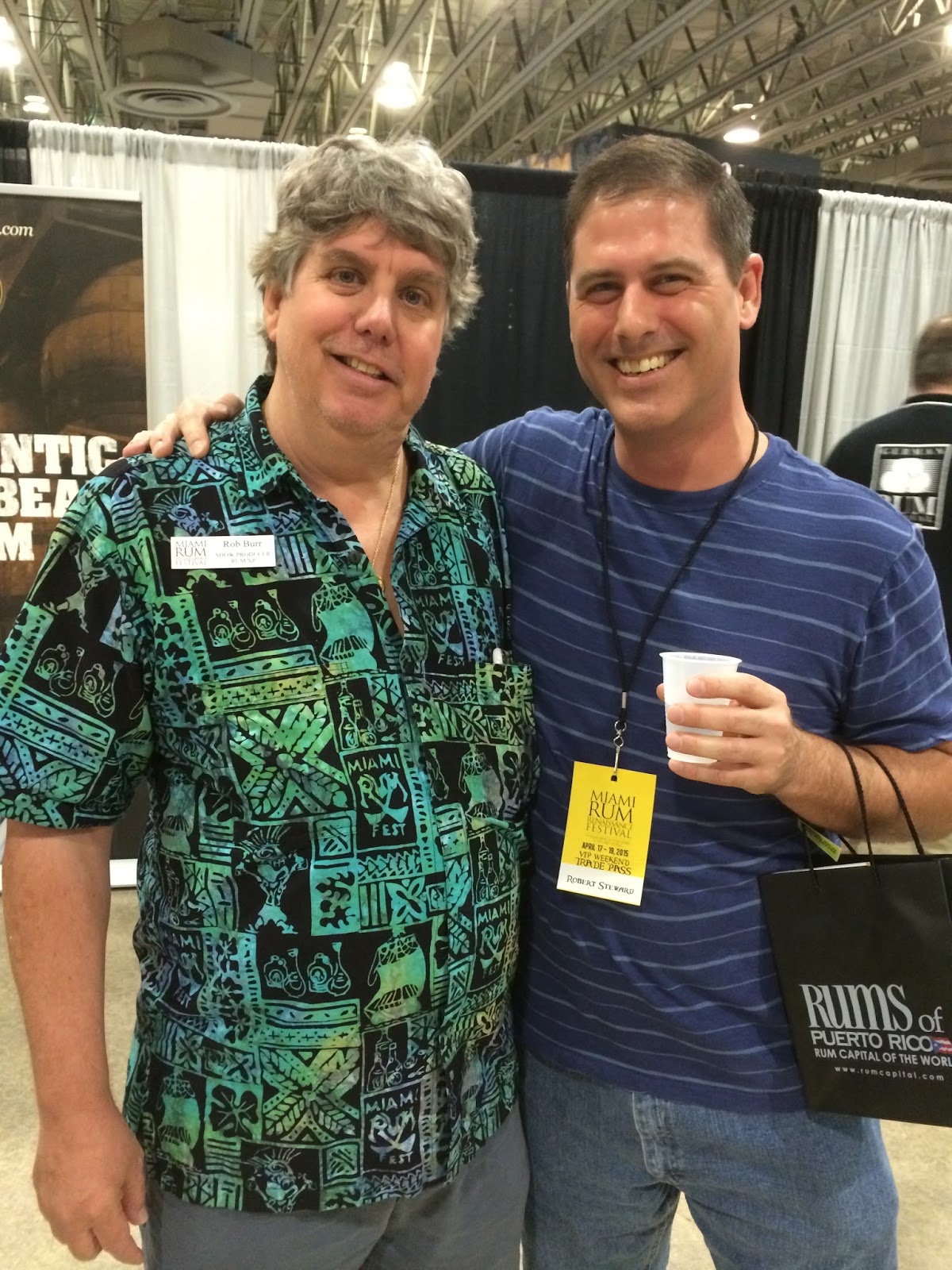 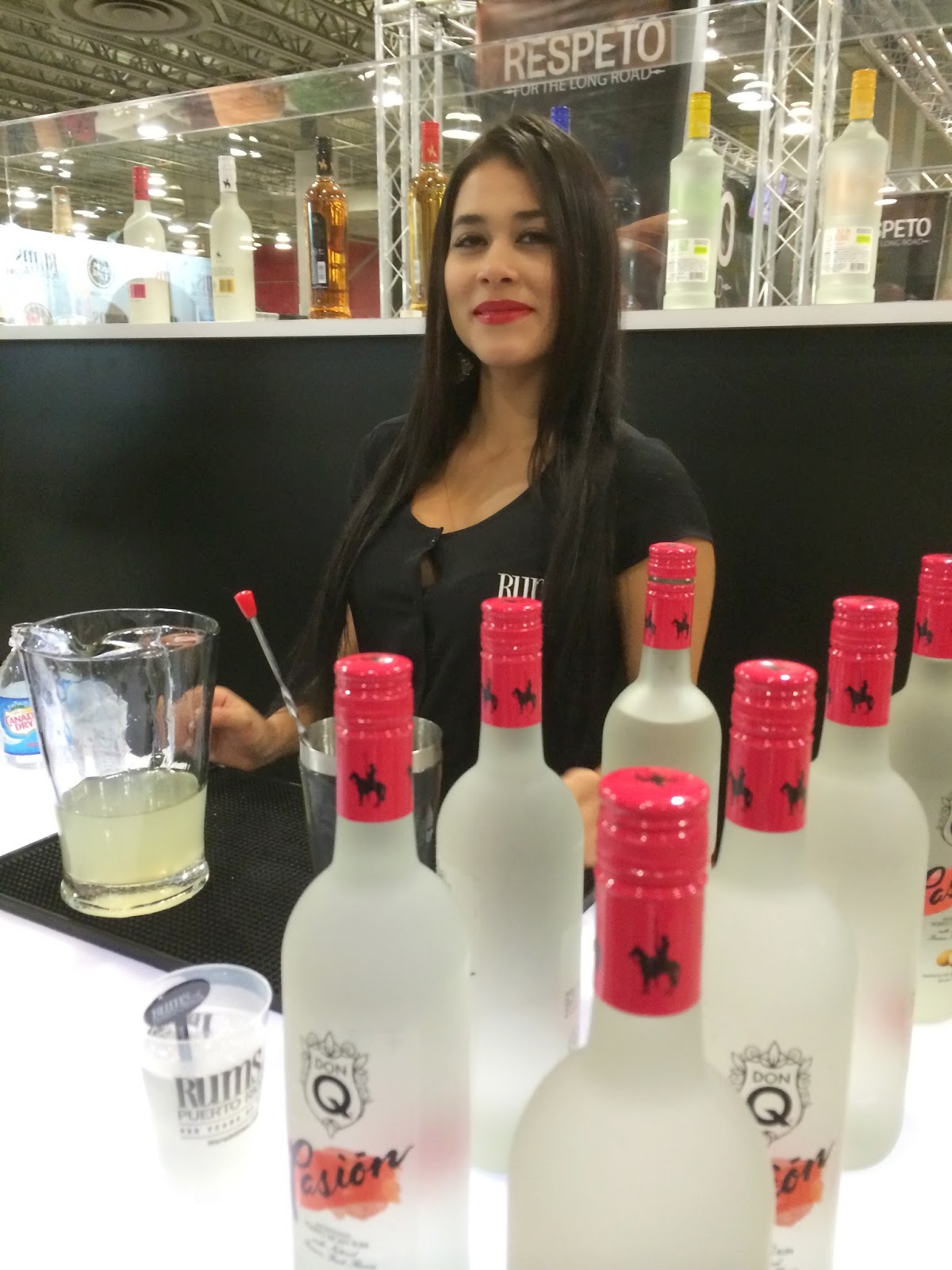 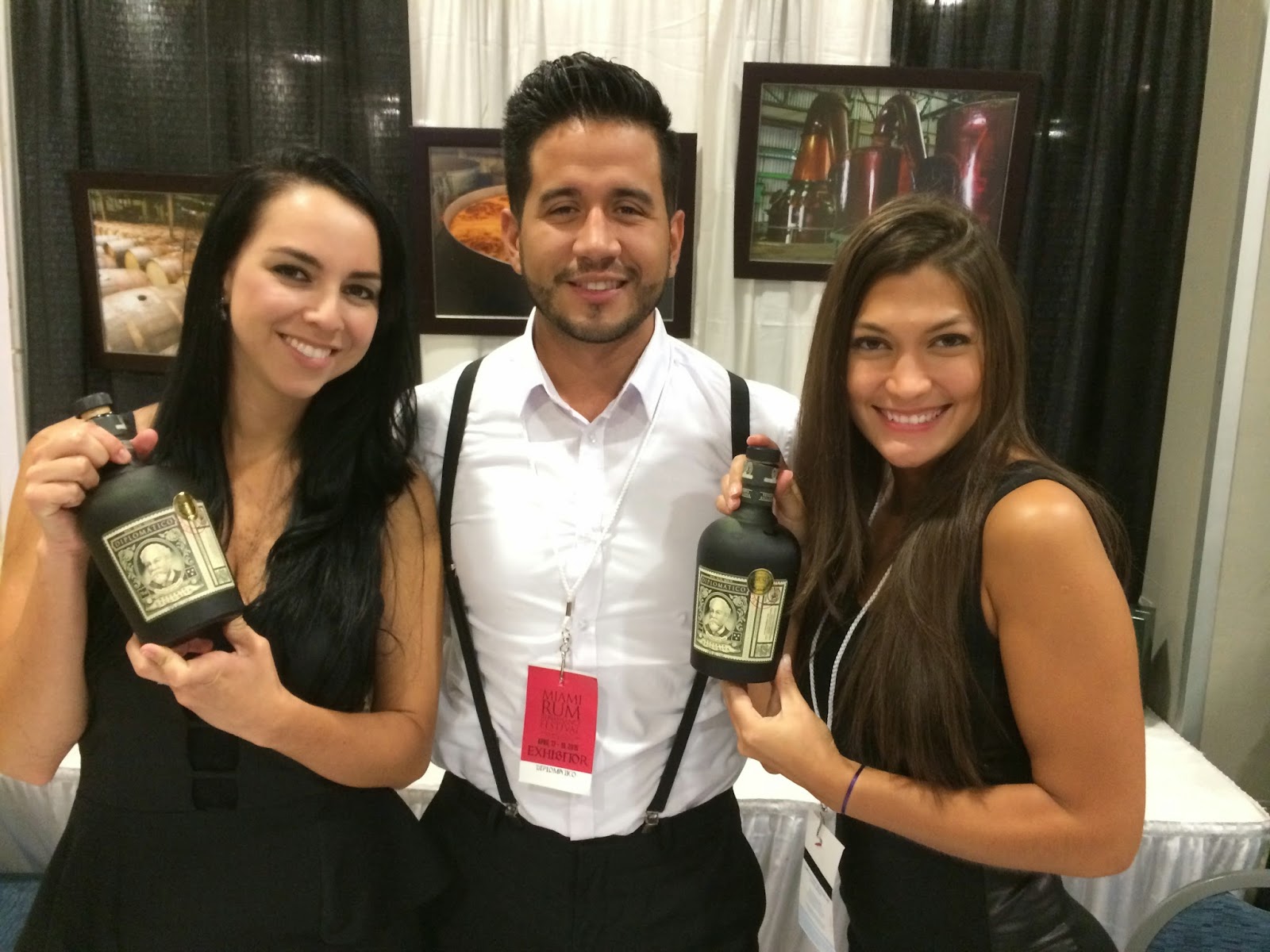 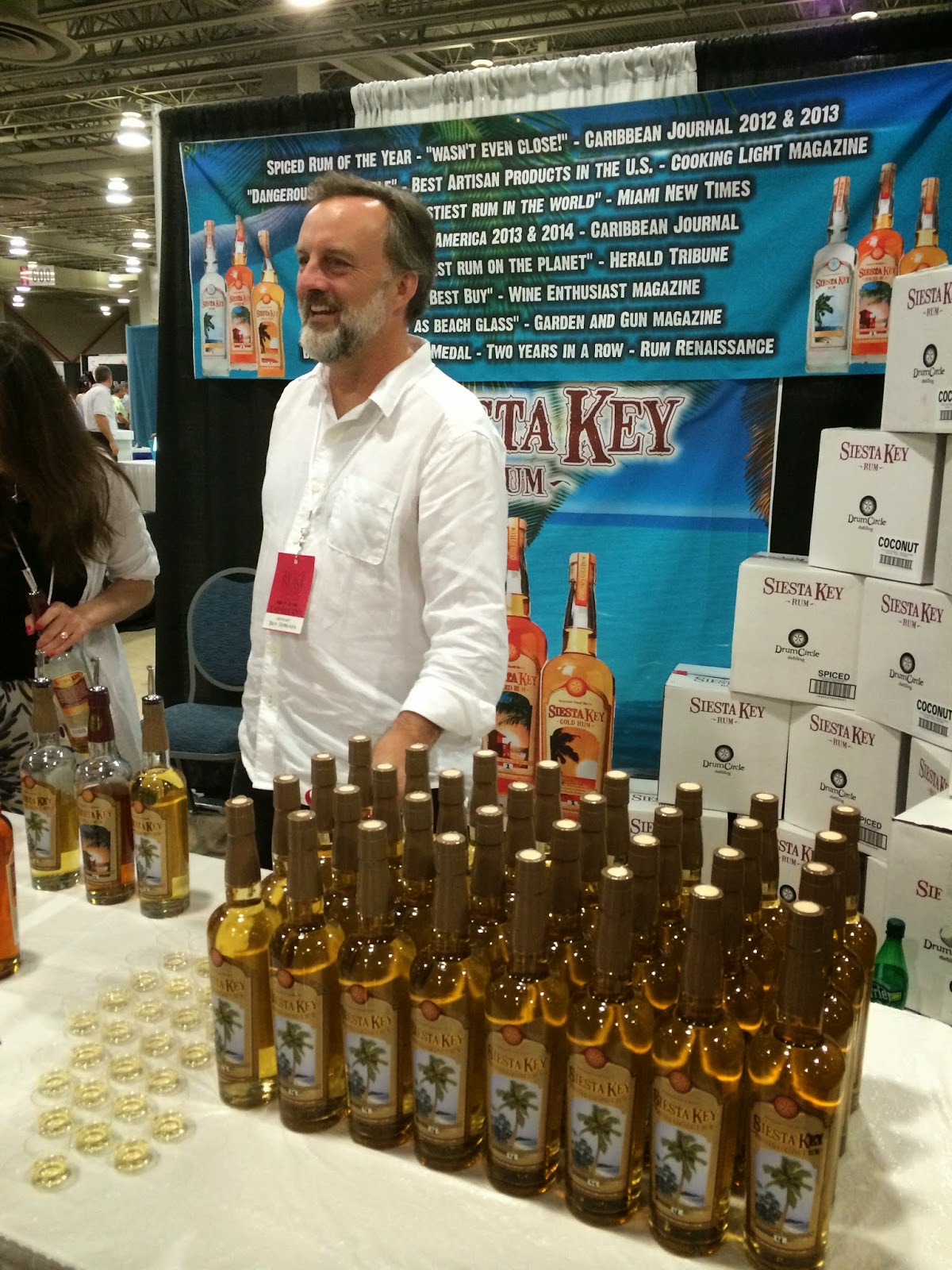 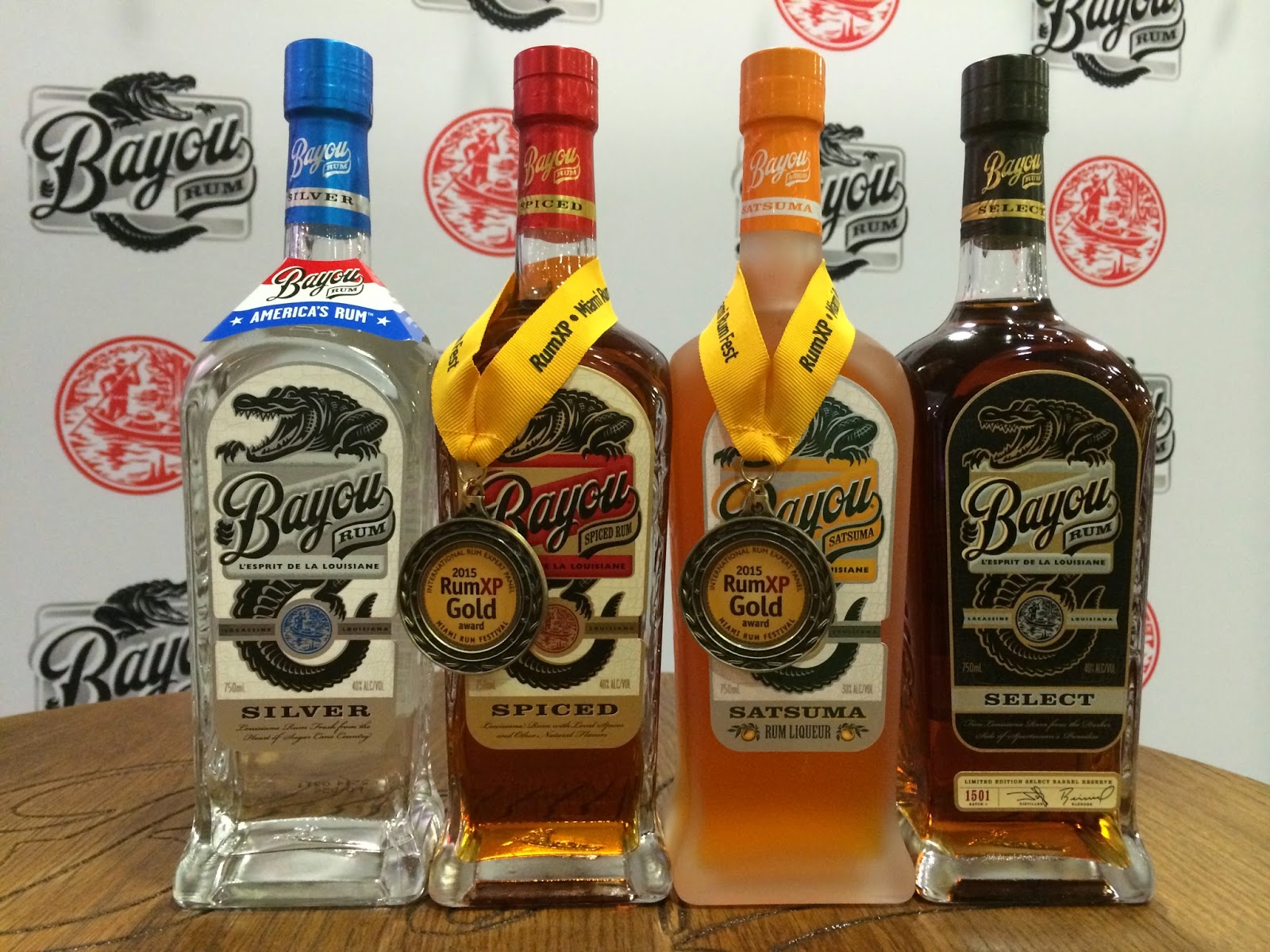 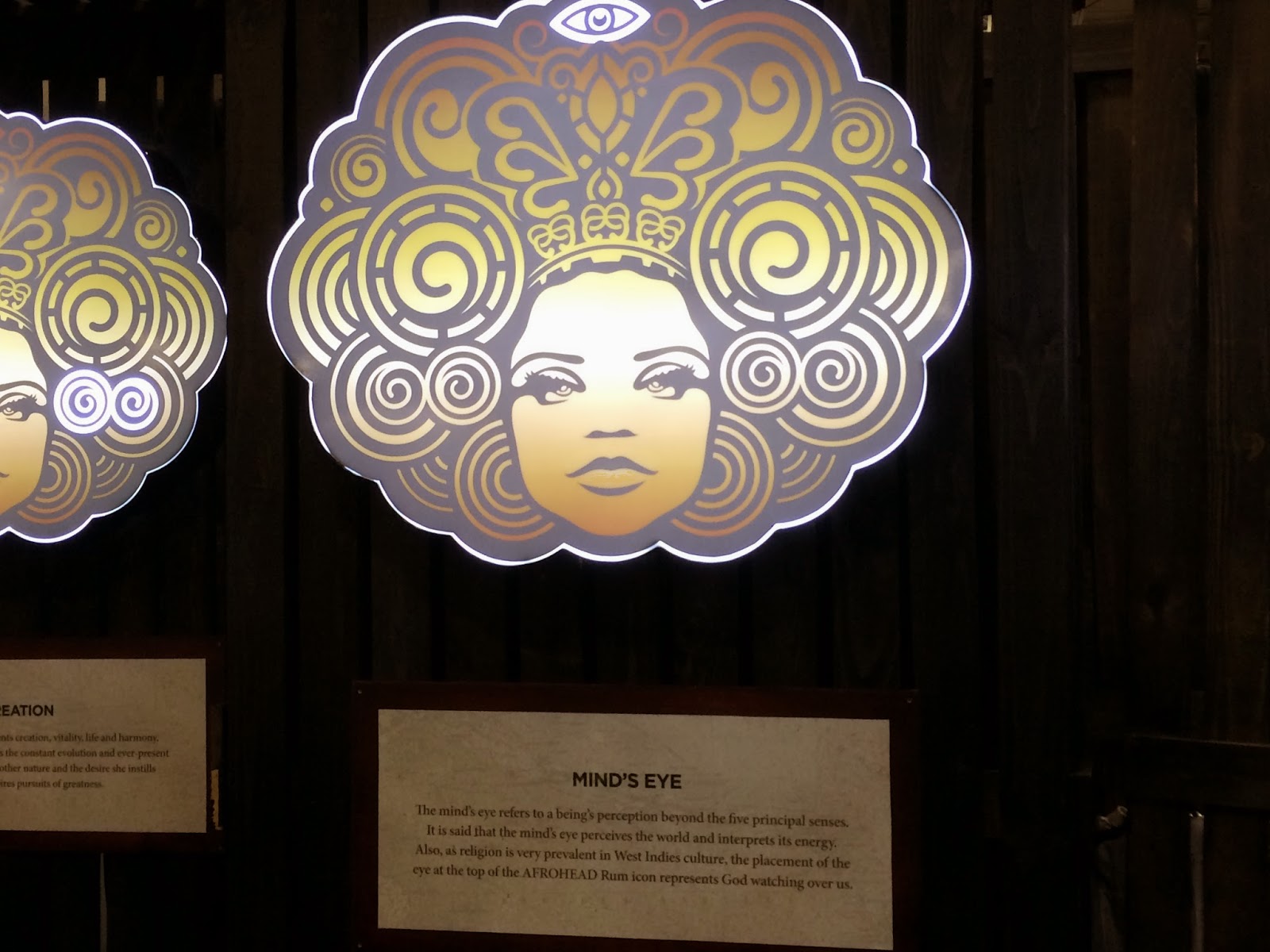 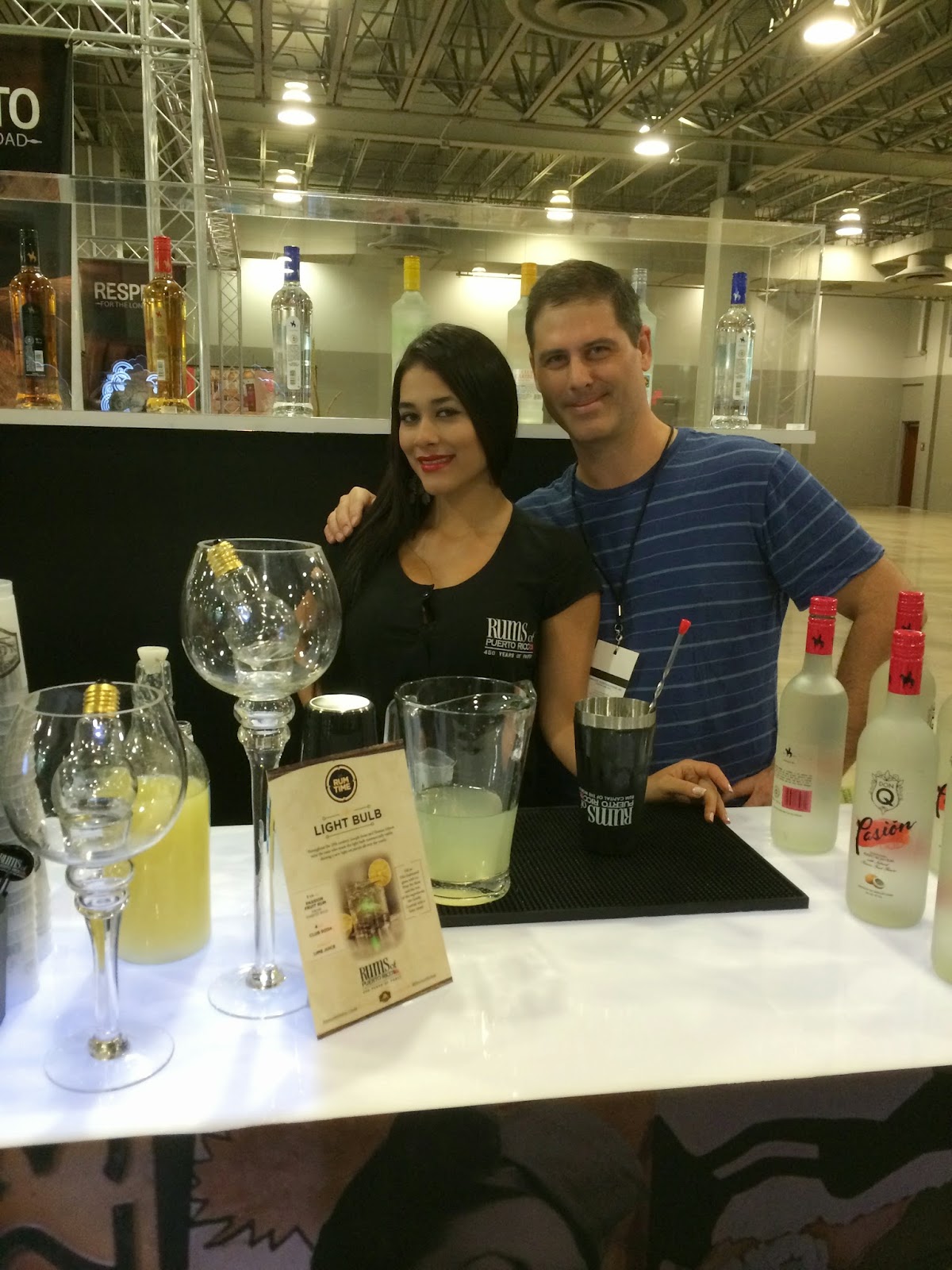 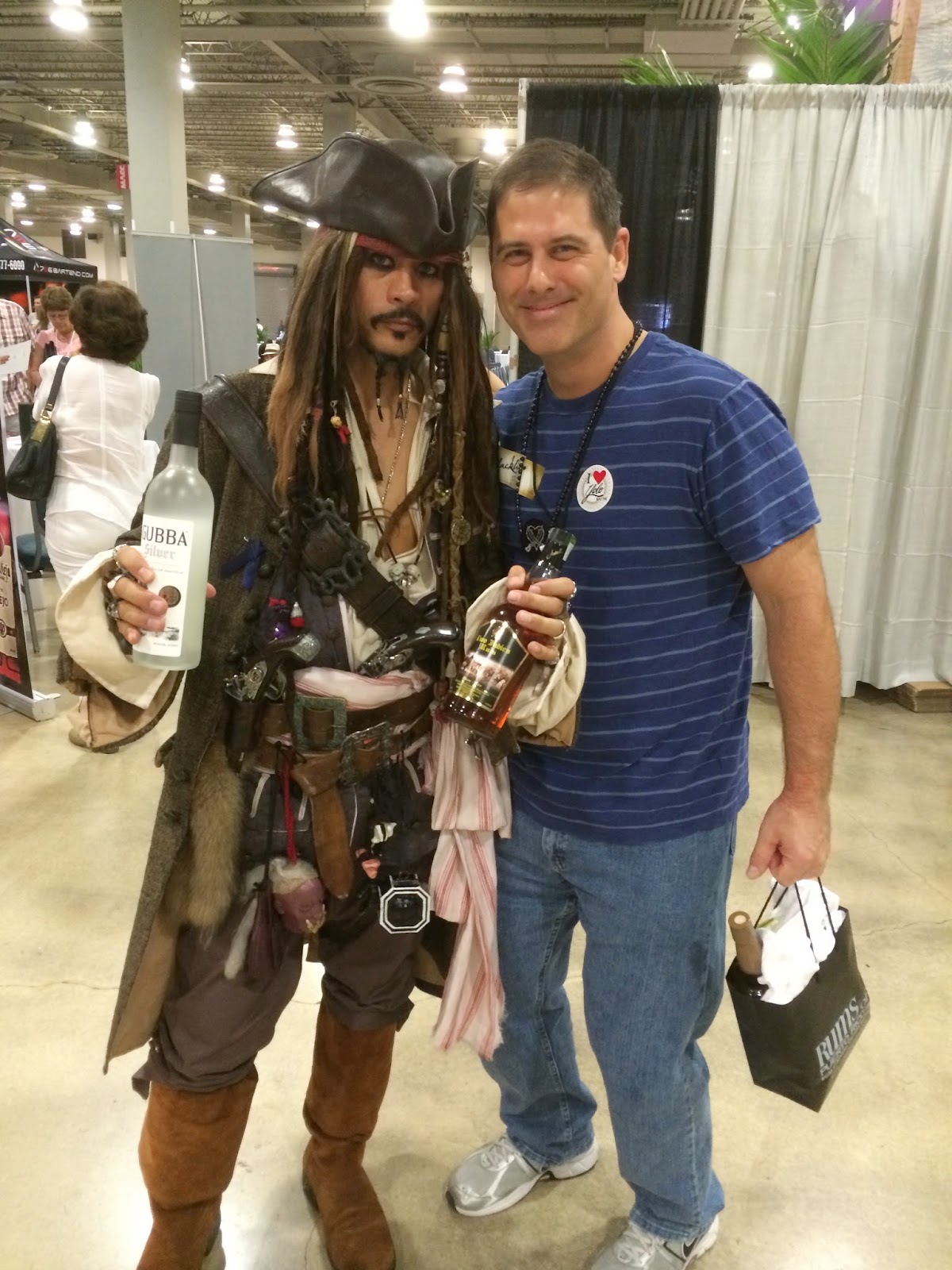 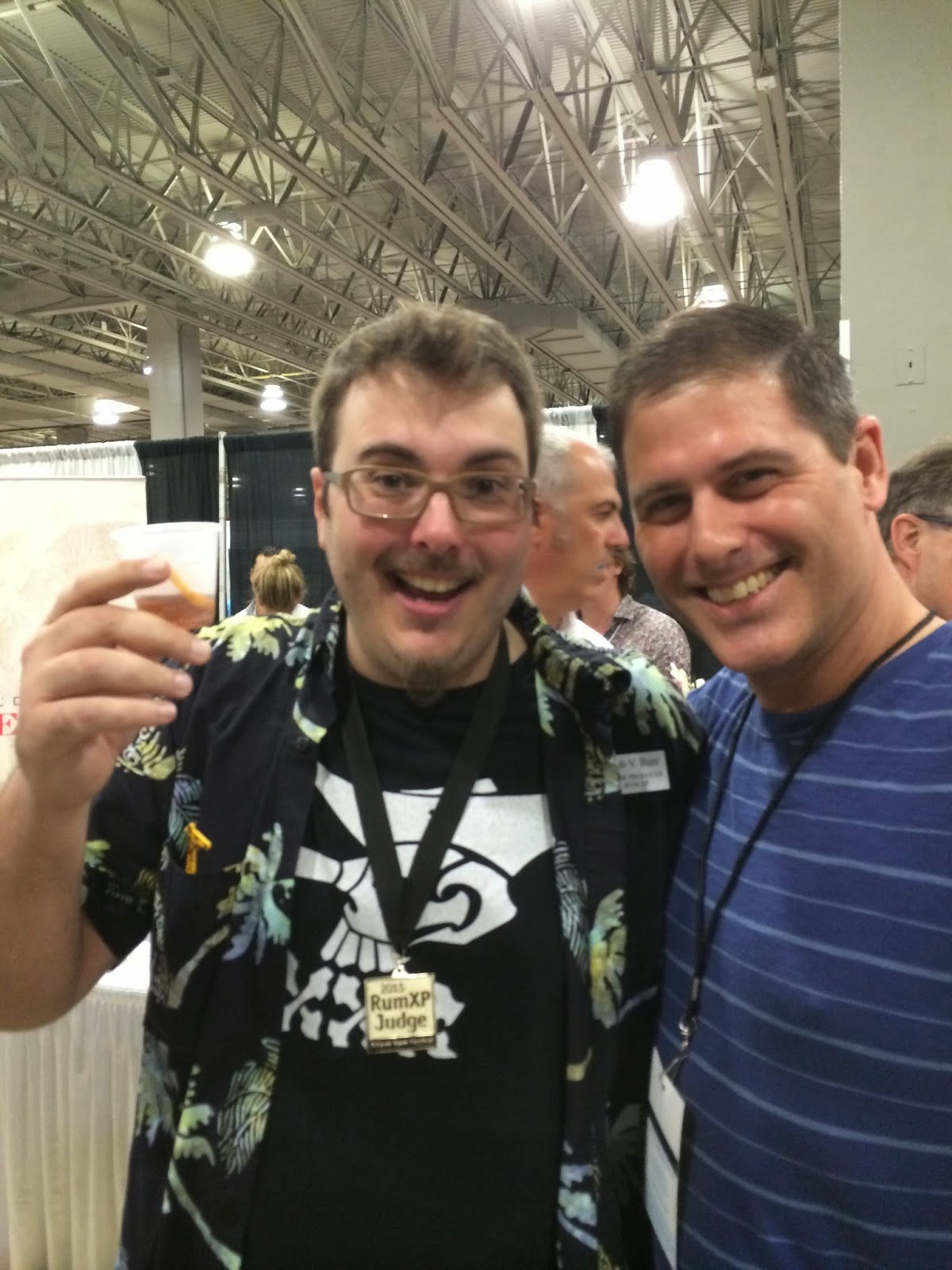 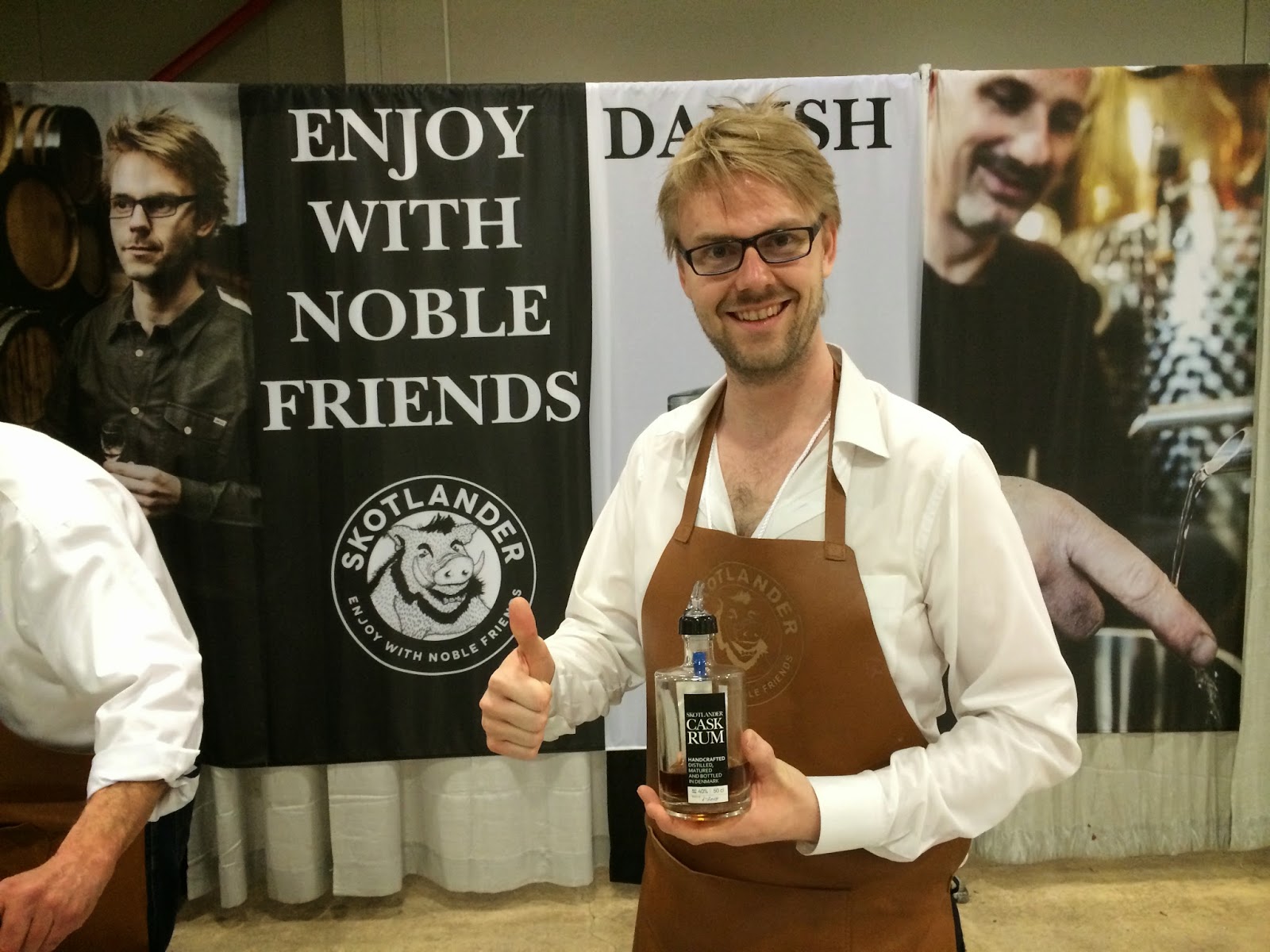 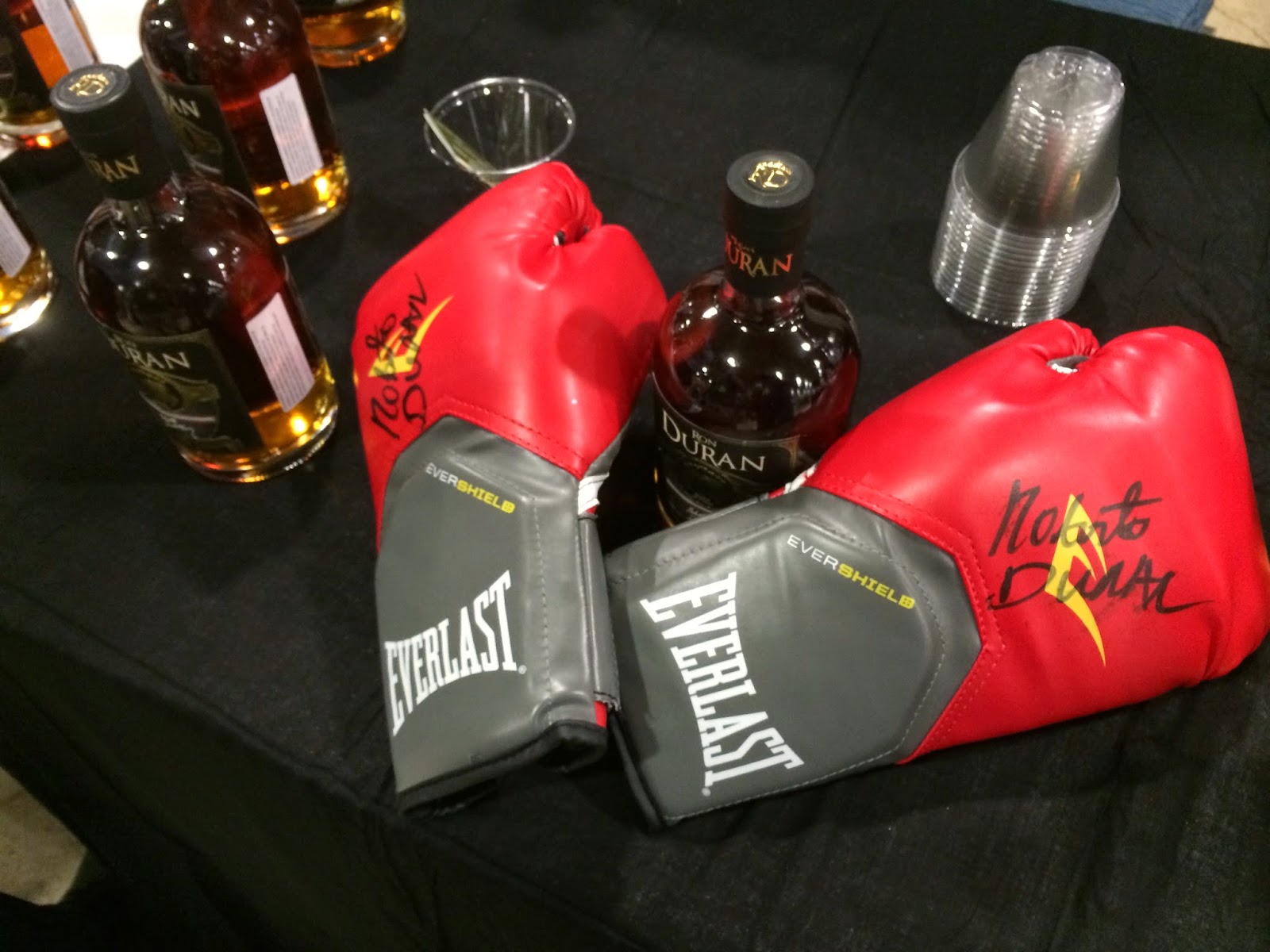 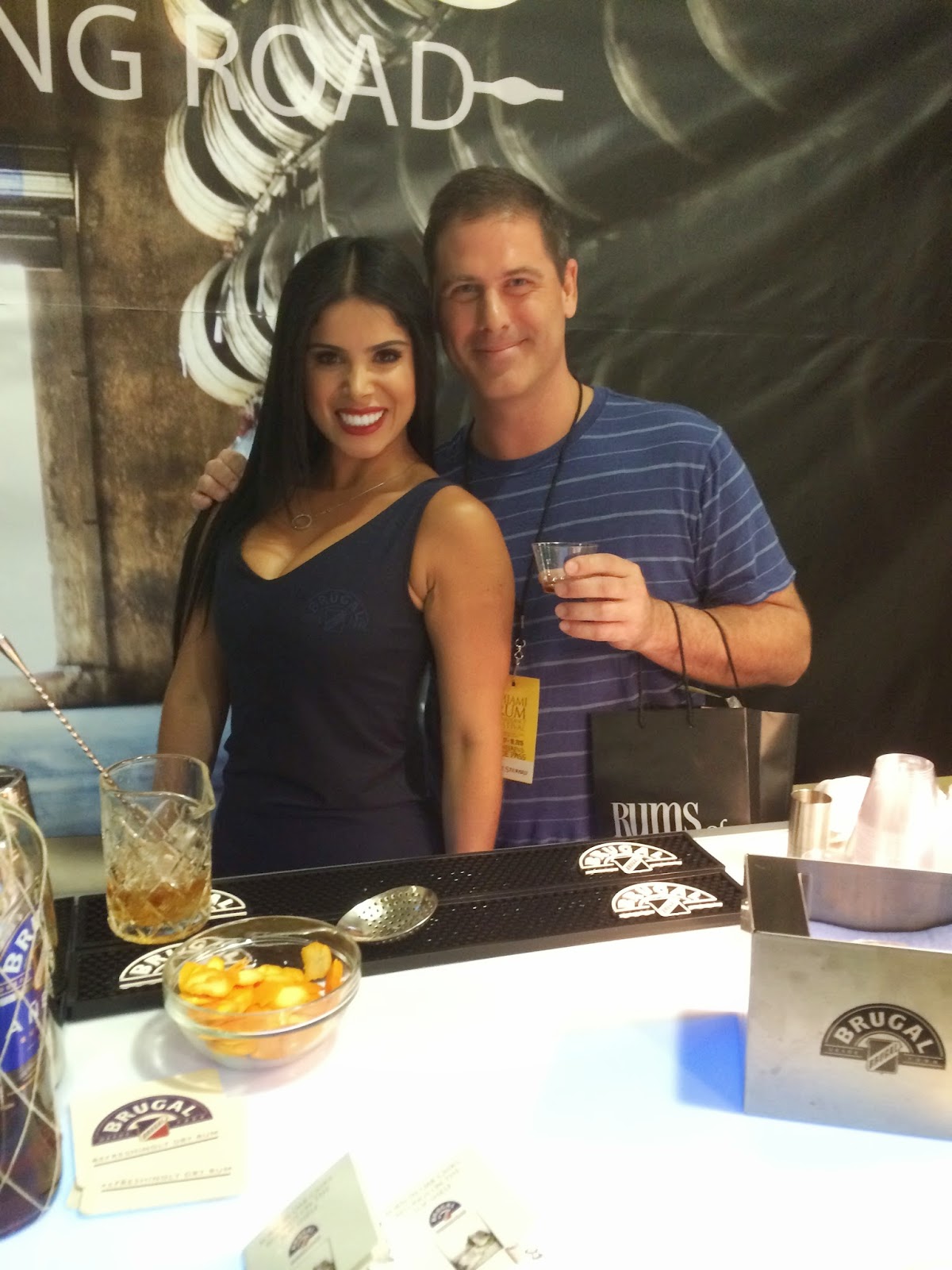 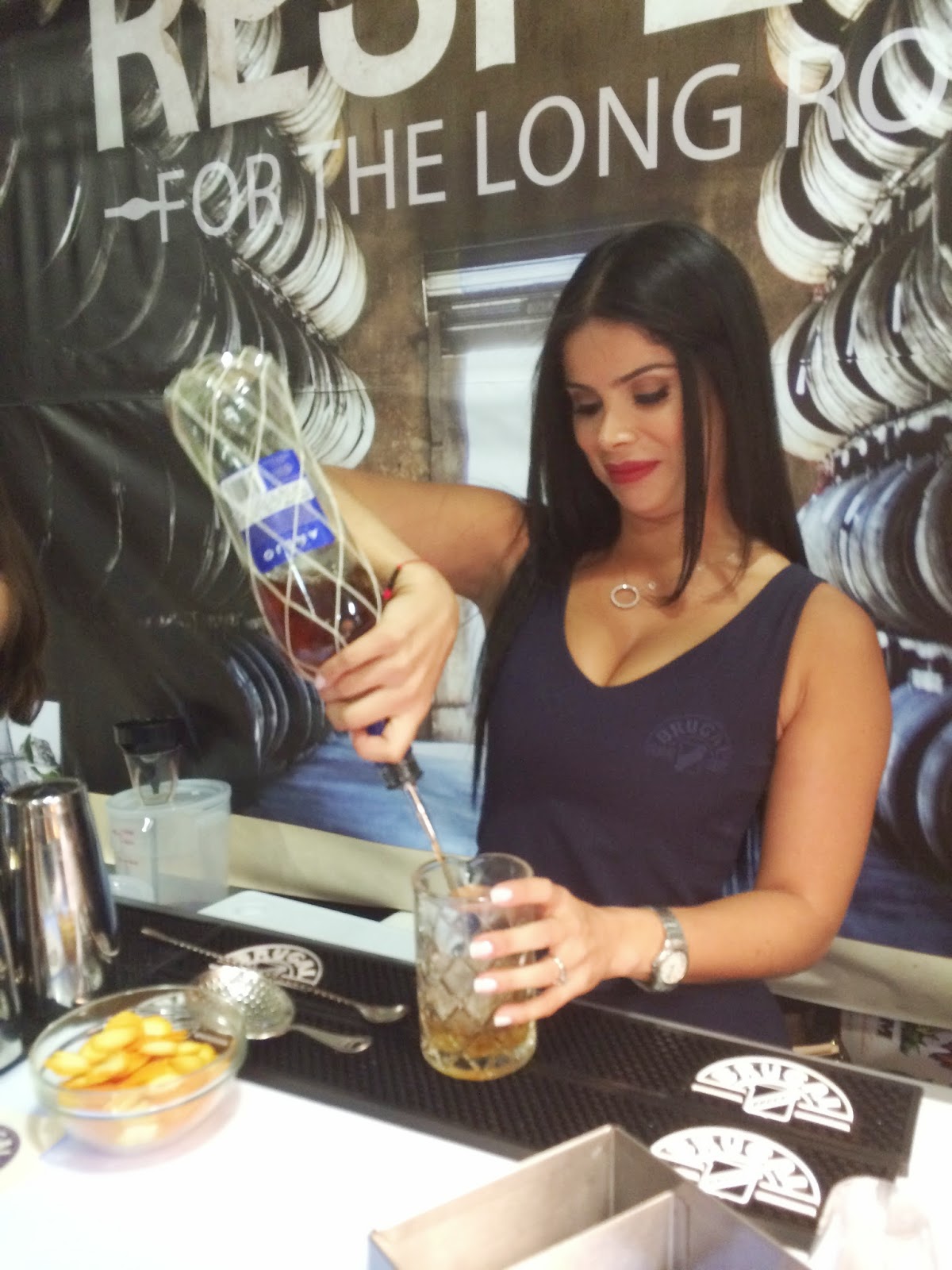 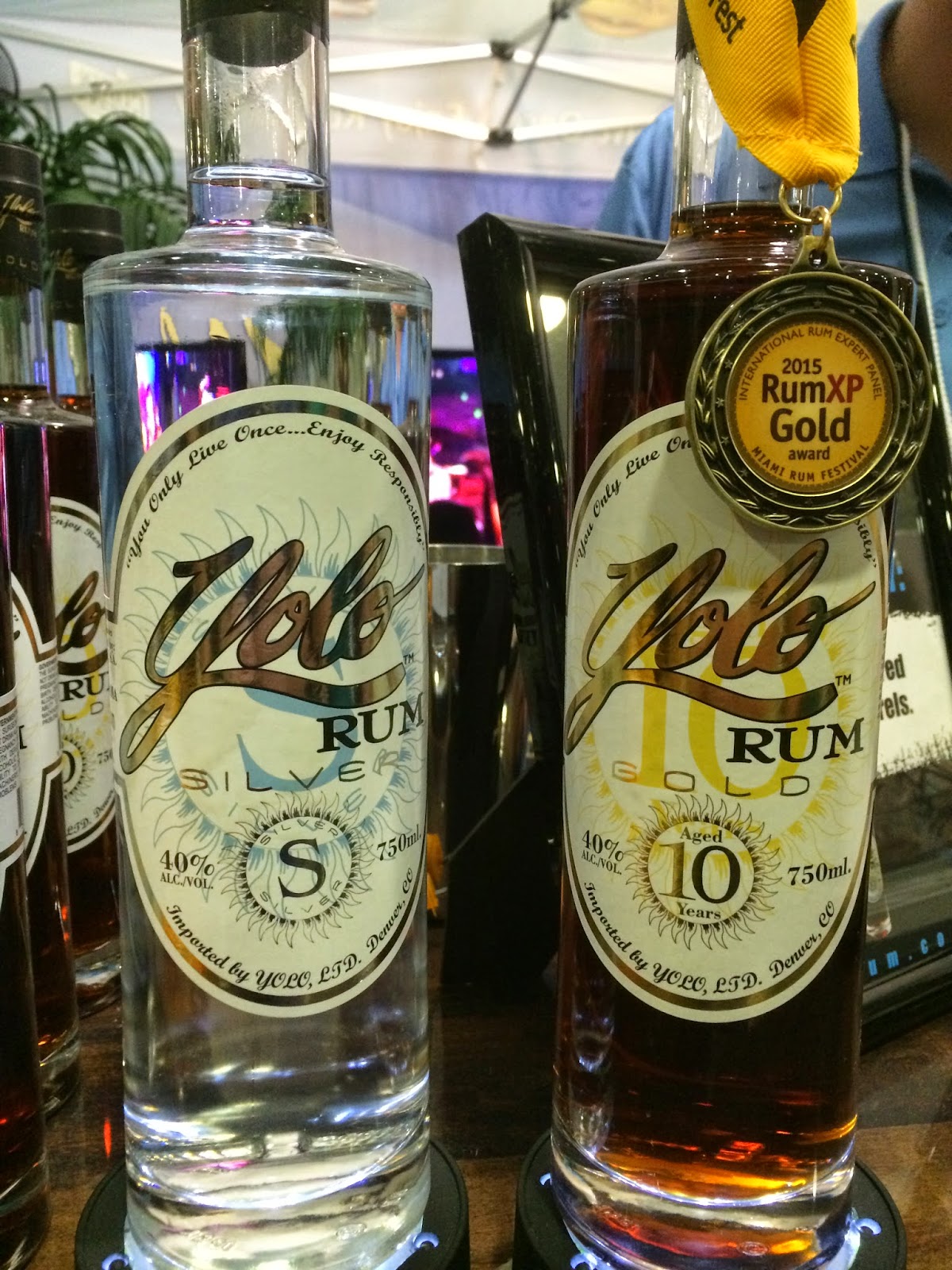 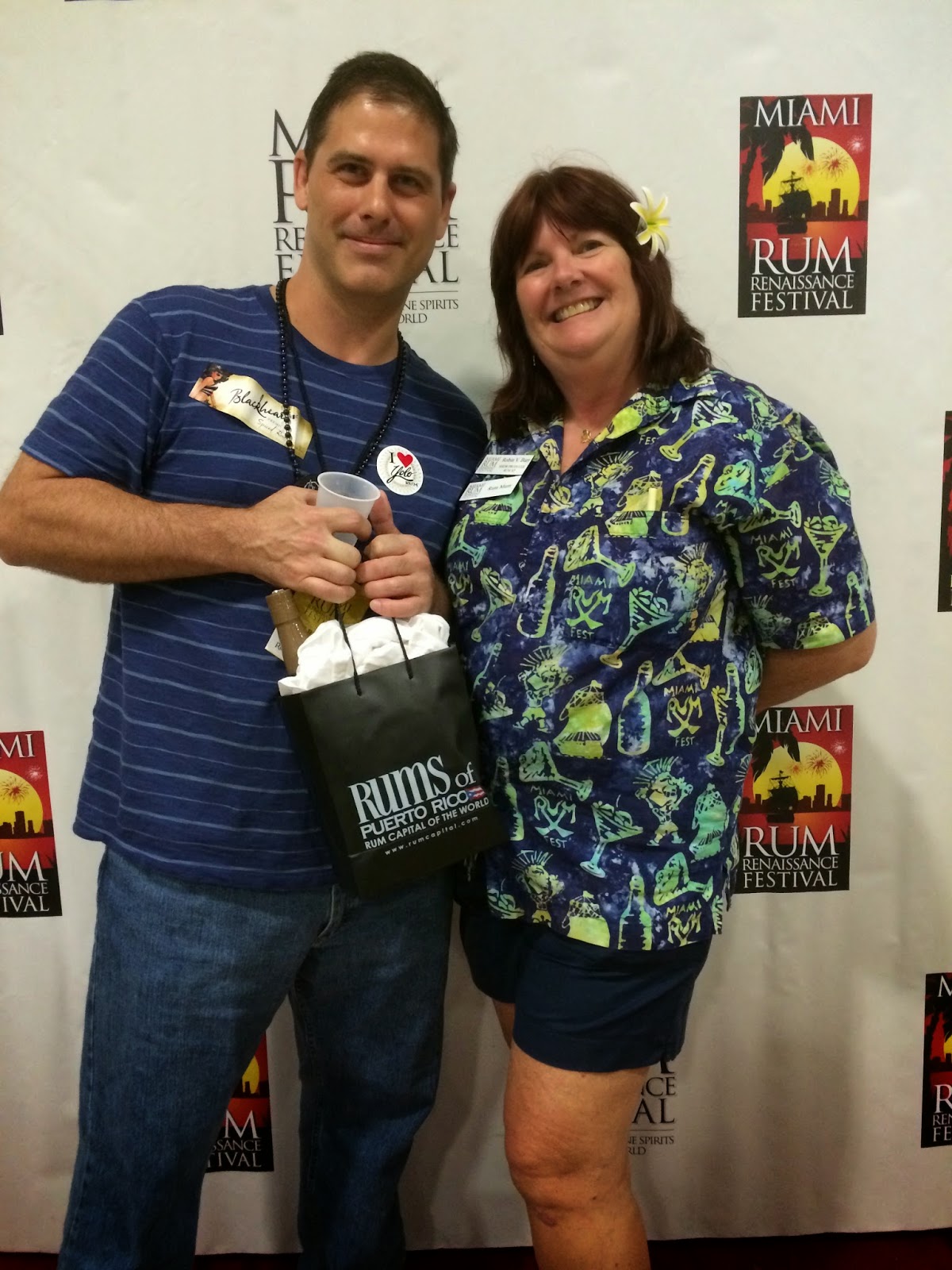 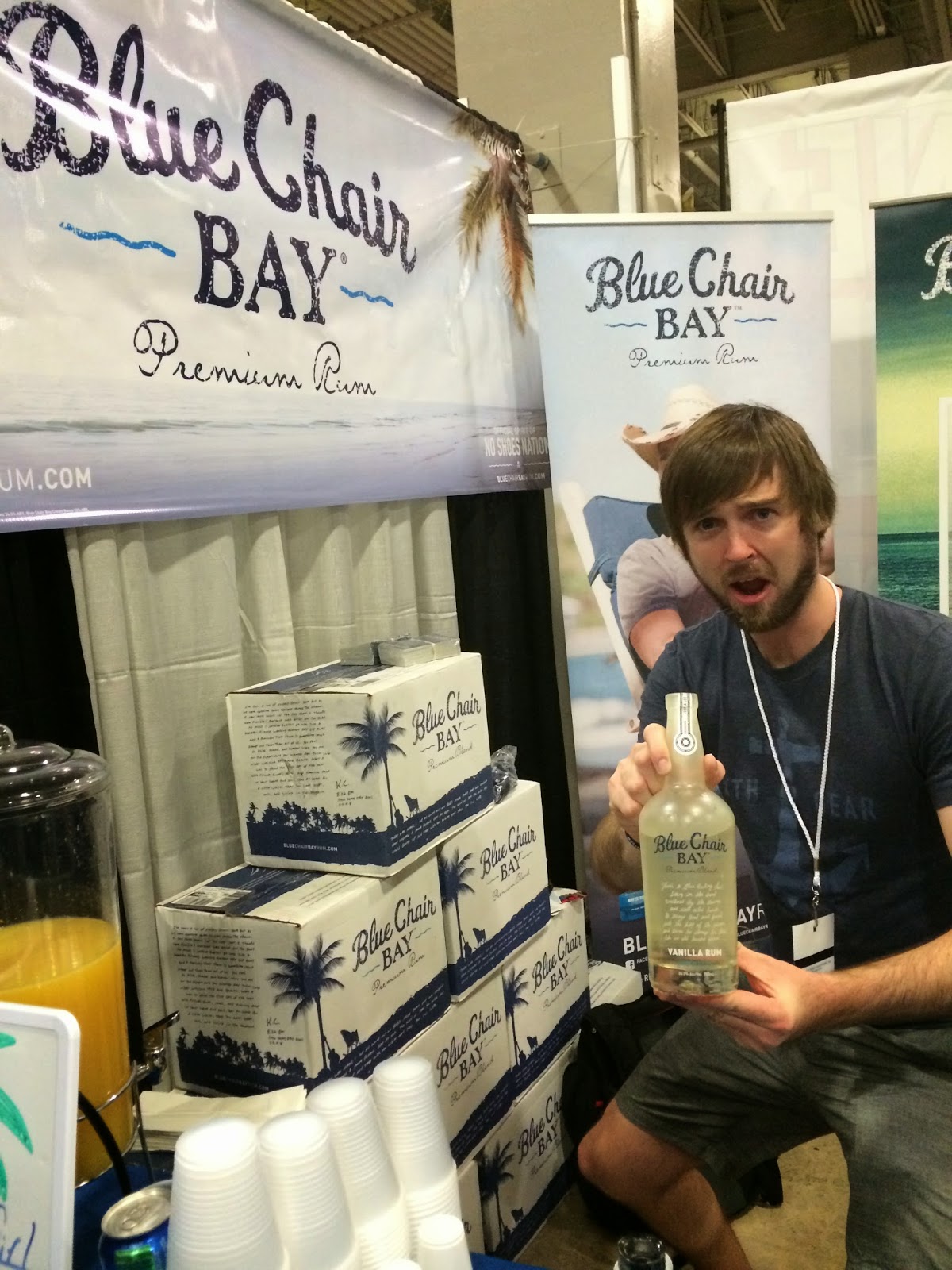 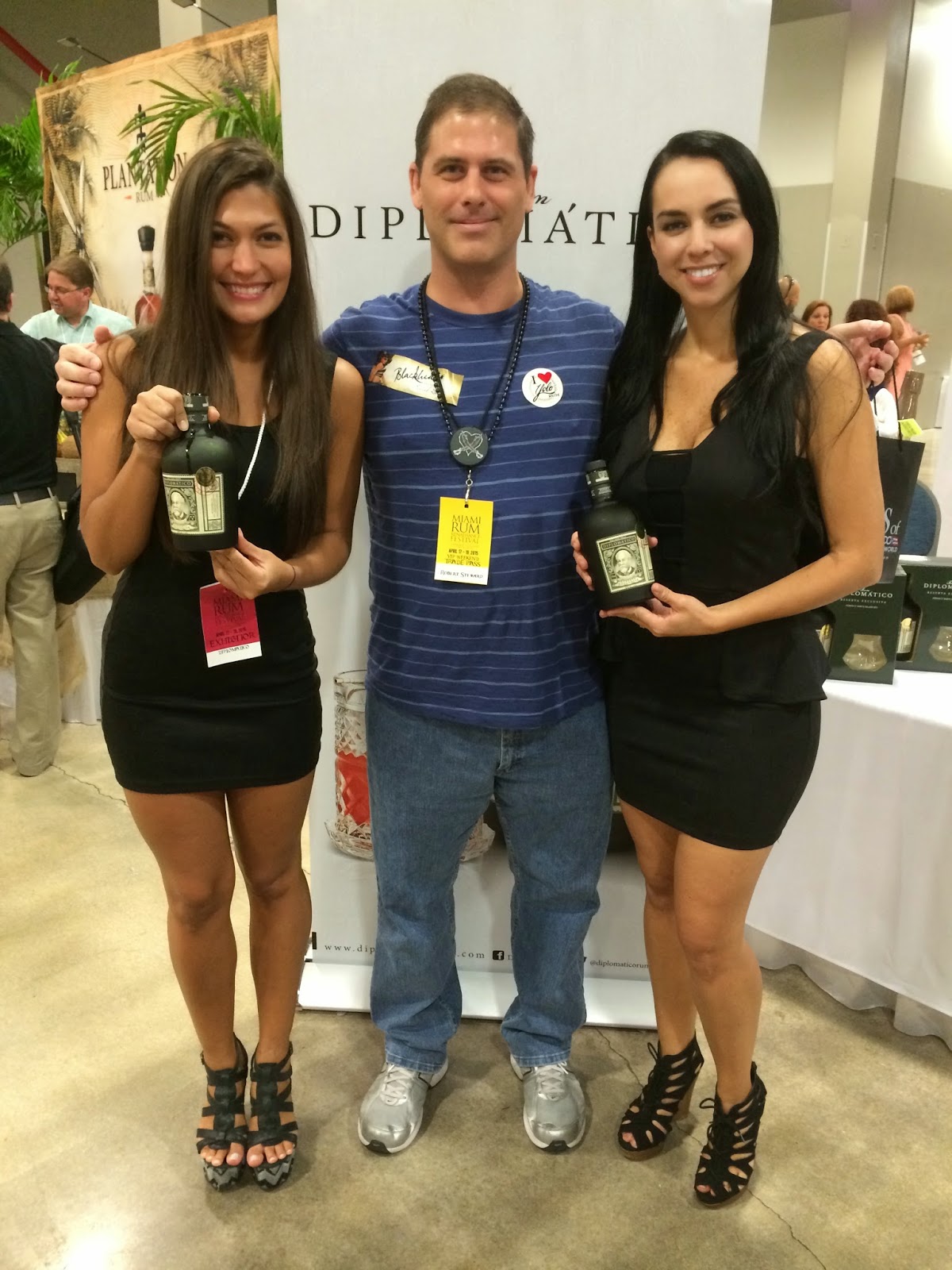 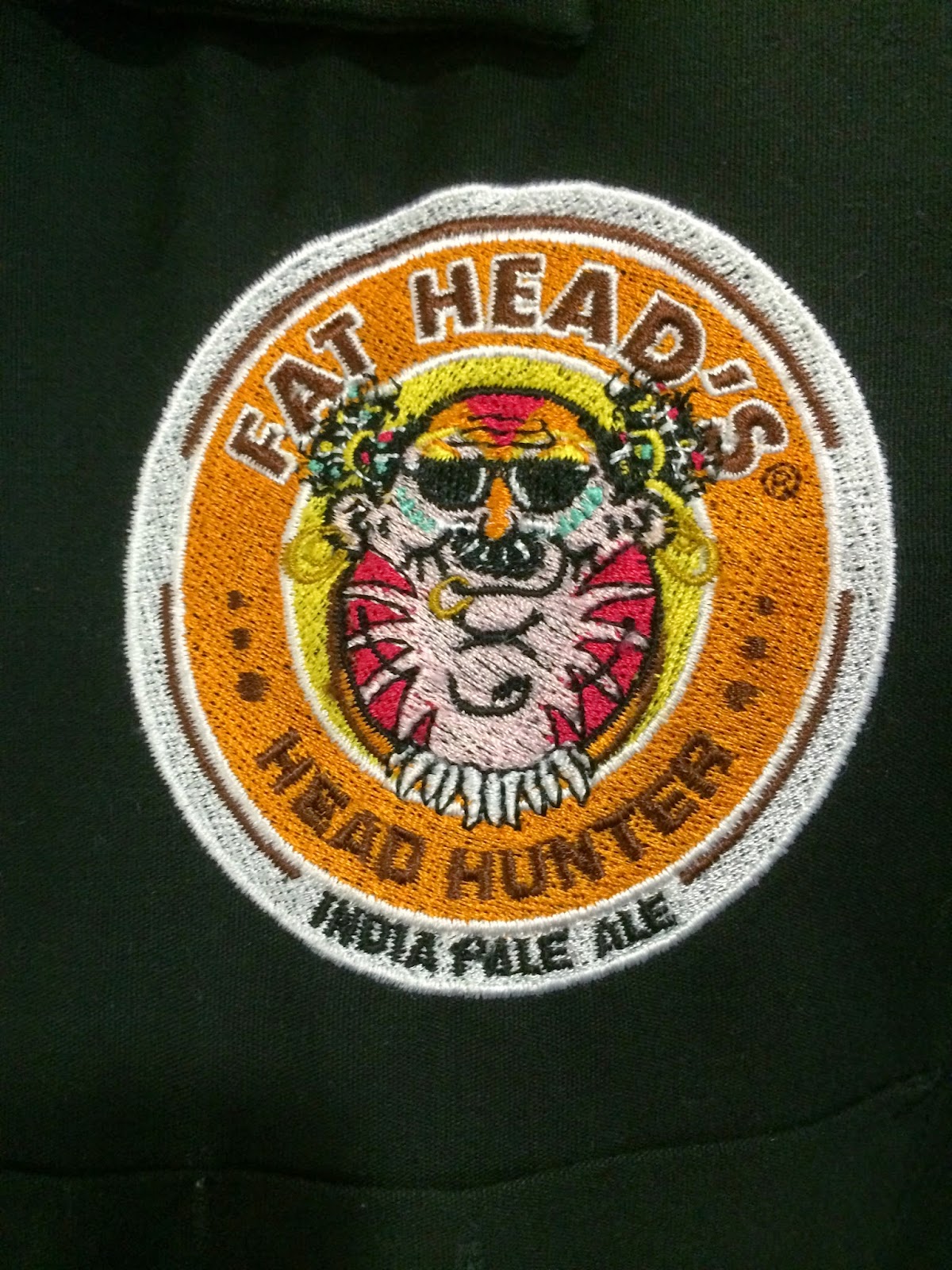 Posted by Distilled Reflections at 5:33 PM